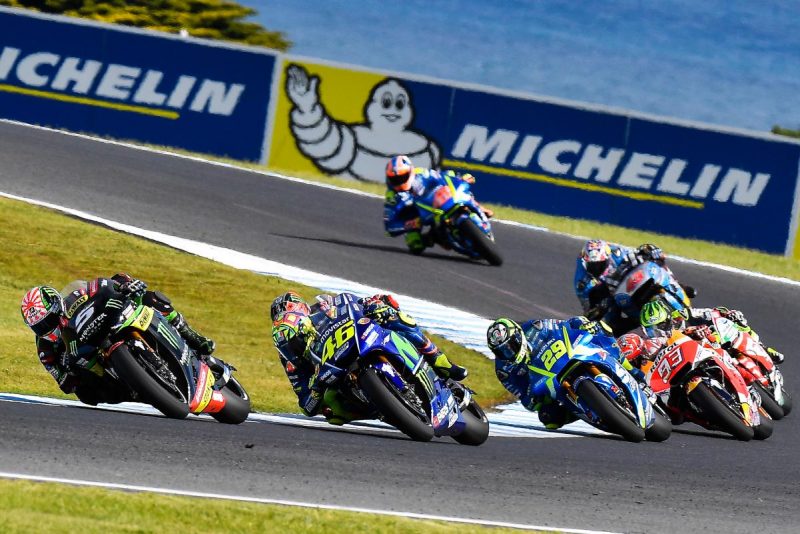 Michelin will again be the naming rights sponsor of the Australian Motorcycle Grand Prix this year.

The French tyre manufacturer has extended its deal for the Phillip Island event into a third consecutive year.

“Michelin has been a valuable addition to the event over the last two years, and we are thrilled to see the continuation of an already strong relationship,” said Australian Grand Prix Corporation CEO Andrew Westacott.

“We look forward to delivering an exciting spectacle of competitive racing at the Phillip Island Grand Prix Circuit, which has earned its reputation as being one of the most unique and breathtaking destinations on the international MotoGP calendar.”

Michelin is also the official tyre supplier for MotoGP, and announced an extension of that agreement until 2023 at last year’s Australian Motorcycle Grand Prix.

“Our association with MotoGP has helped us to build brand awareness in many key high-growth markets.

“Our continuing involvement with the Australian Motorcycle Grand Prix as title sponsor provides us with a first class platform to address biking enthusiasts across the world.”

Marc Marquez won a thrilling Australian MotoGP last year, during which up to eight riders battled for the lead at any one time.