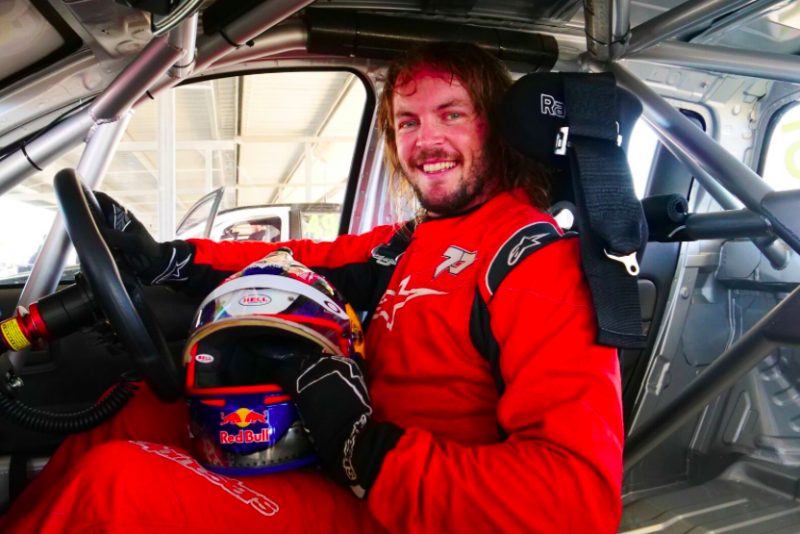 Dakar Rally winner Toby Price will contest selected rounds of the ECB SuperUtes Series, beginning at the inaugural meeting at Adelaide next month.

Price is expected to compete in at least three of the eight rounds although his schedule could expand depending on his FIM Cross-Country Rallies World Championship commitments.

The New South Wales rider tested a Mitsubishi Triton SuperUte for the first time at Queensland Raceway on Tuesday.

“It’s going to be something new, something different,” Price, who finished third in this year’s Dakar Rally told Speedcafe.com.

“It’s going to be different type of racing to be held with Supercars this year. It’s exciting. We’re going to have a steer and see what it holds for us.

“At this stage I think we’re locked in to probably do two or three, then you’ll just see where we’re kind of situated from there.

“If we have a spare weekend, there’s no bike stuff happening, and there’s one of these running around the track, I’ll climb in and fill the seat.

Price has confirmed that he will be on double duties at Adelaide 500 (March 1-4) with the 2016 Dakar Rally winner due to race in the Stadium Super Trucks alongside his SuperUtes outing.

“I’m not used to the circuit racing too much at the moment,” he added.

“The only circuits I’ve been on are like Gold Coast, and Adelaide, and Darwin with the Stadium Super Trucks stuff.

“Like I say, this is going to be just working out braking positions on this thing and just seeing where it’s limit is without going towards any walls. We’ll see how it goes and I’m looking forward to getting out there in Adelaide.”

The team will release the livery of Price’s Ute in the lead up to the season opener in Adelaide.