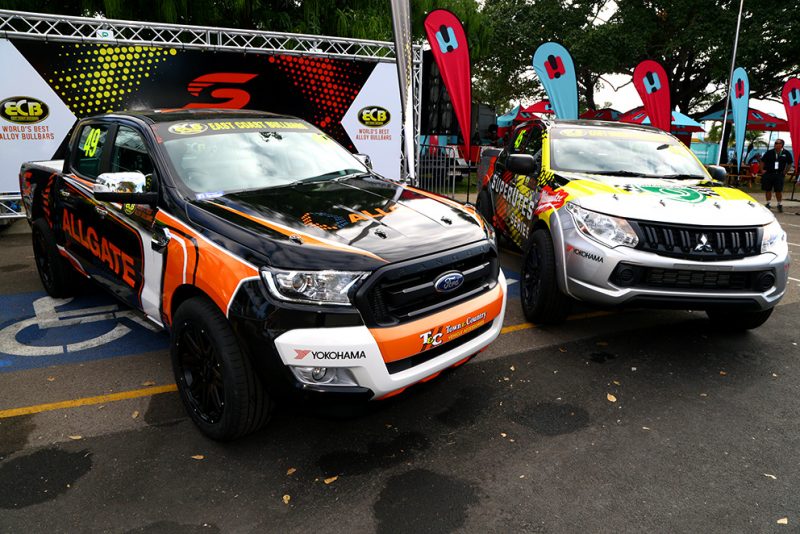 A dozen SuperUtes are expected in Adelaide

A dozen SuperUtes are expected to start in the first round of the inaugural series in Adelaide, likely including an entry from Supercars squad Team 18.

Speedcafe.com believes that the team, which fields Lee Holdsworth in a Preston Hire Racing Commodore in Supercars, will run a Holden Colorado out of its Melbourne base.

Team owner Charlie Schwerkolt was non-committal when the question of a SuperUtes entry was put to him today.

“Not sure about that news at all yet,” he told Speedcafe.com.

“There might be something happening but I can’t really reveal anything yet.”

Speedcafe.com can confirm that Sieders Racing Team will take the greatest contingent to Adelaide, with two Mitsubishi Tritons and three Toyota Hiluxes, of which two of the latter will be run for Aussie Racing Cars outfit Western Sydney Motorsport.

The SRT Hilux will be filled by Matt Mackelden and the WSM cars by Craig Woods and Ben Walsh.

Craig Dontas will drive one of the Tritons with the identity of the driver of the second car to be announced shortly.

A third Triton is likely to be added partway into the season.

Ross Stone Racing will run two cars, a Holden Colorado for his own team and the Isuzu D-Max for Steve Wilson and his eponymous team.

The Colorado is unlikely, however, to be raced by Kim Jane, who has all but ruled himself out of a drive due to a budgetary shortfall.

Christopher Formosa’s Ford Ranger is now set to be run out of his own team, despite having originally also come under the RSR banner.

Formosa had raced a Commodore with RSR in the V8 Ute Racing Series.

A Balance of Performance test will take place tomorrow at Queensland Raceway before the ECB SuperUte Series starts at the Adelaide 500 on March 1-4.