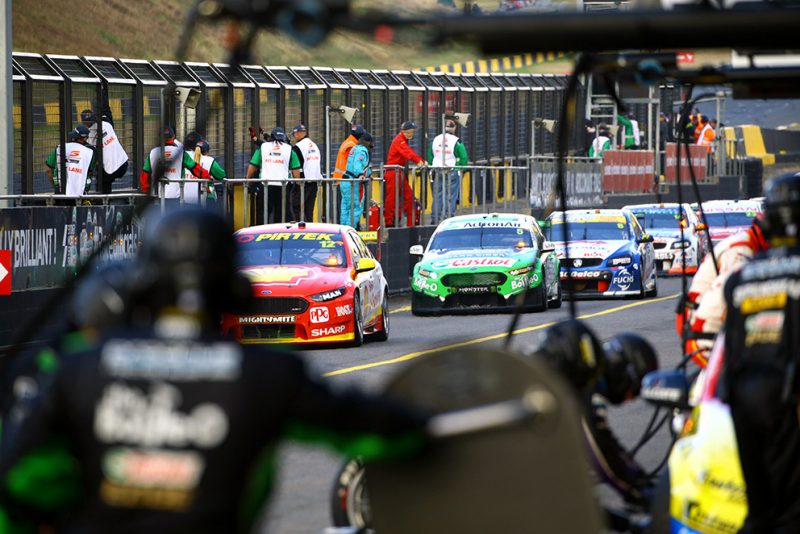 With the 2018 Virgin Australia Supercars Championship almost upon us, this week we get our first look at the field in action as it takes to Sydney Motorsport Park.

Set for Friday, the now traditional pre-season test follows the official season launch, which ushers in a new era with the all-new Holden Commodore ZB.

It’s been a busy summer for those at Triple Eight, who’ve been preparing not only their own cars but all the necessary components for their fellow Holden runners as part of their exclusive licence to manufacturer the ZB.

That process hasn’t been without its problems, with production delays leaving a number of teams scrambling to have their cars ready.

Erebus Motorsport, Brad Jones Racing, Garry Rogers Motorsport, Preston Hire Racing, and Walkinshaw Andretti United, are all testing at Winton this week, while Triple Eight was out at Queensland Raceway with its new fleet last week following an evaluation day for Brodie Kostecki and Jordan Taylor.

There are plenty of other changes too, with former Walkinshaw Racing boss Adrian Burgess now berthed at Tekno Autosports with hotshot Jack Le Brocq taking up the driving duties.

Back at his old squad, which has transformed into Walkinshaw Andretti United, the team is looking to add resources as it builds on a tough 2017 campaign.

With all Holden teams boasting new bodywork, and the leading runners having brand-new cars to usher in the hatchback Commodore, can they maintain their position at the front end of the field?

In the Ford camp there are also a bevy of new cars, though the Ford Falcon FGX model remains unchanged.

DJR Team Penske has built a new car for Fabian Coulthard, with Todd Hazelwood to drive one of the two older chassis it has sold to Matt Stone Racing.

Cam Waters also has a new car, with Will Davison set to steer the Sandown 500-winning chassis under the 23Red Racing banner.

Mark Winterbottom is in a confident mood too, stating he’ll break his winning drought in season 2018 while team-mate Chaz Mostert has extended his deal to remain with the squad for at least two more years.

Can the Ford teams continue their march, which saw DJR Team Penske crowned teams’ champion, and take advantage of their stable platform as their Holden-shod rivals come to grips with a new car?

Of course, Nissan hasn’t been idle, with Michael Caruso receiving a new set of wheels for the season ahead, though he admits he’s still chasing more from the engine in the front of his Altima.

The Kelly crew has recruited Pirtek Enduro Cup star Andre Heimgartner to replace of Todd Kelly, who retired at the end of last season.

There’s also been a new technical signing, with former NASCAR guru Nick Ollila joining the squad. Could he be the catalyst that transforms the team into a genuine, and regular challenger?

This week’s test at Sydney Motorsport Park will gives us our first insight to who is hot, and who is not, in season 2018. Who do you tip will light it up ahead of the opening event in Adelaide next month?