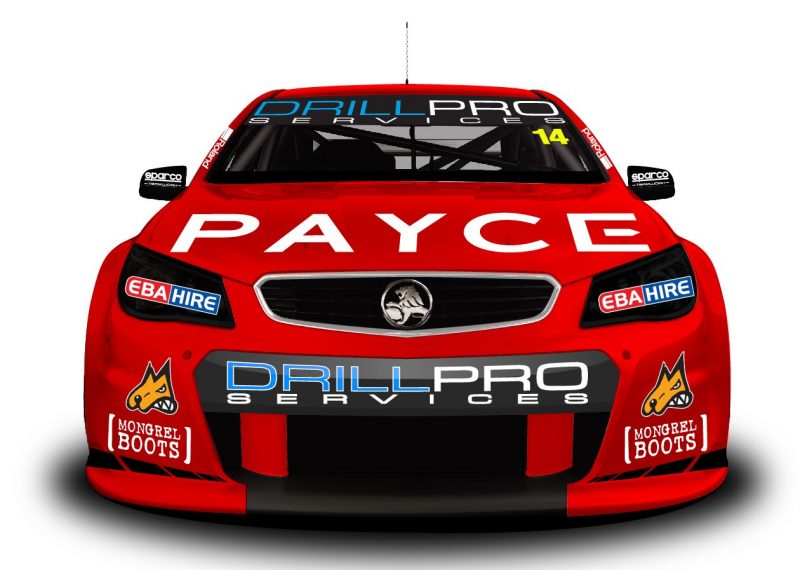 Brad Jones Racing has released images of the look which Bathurst race winner Macauley Jones will carry in this year’s Dunlop Super2 Series.

Jones’ VF Commodore will again carry primary sponsorship from Payce, but has taken on a predominantly red look this time around after running with a grey and white base in 2017.

The son of Brad Jones broke through for his first Super2 race win in last year’s Bathurst 250, finishing seventh in the series as well as running in the Pirtek Enduro Cup with Nick Percat.

“2017 was a big year for Super2 Series drivers with a few of the guys graduating to the main game, which is the most we’ve seen in a while,” remarked Macauley.

“I think it’ll mix things up for 2018, with some new and old drivers returning to grid.

“Everyone including myself will be racing their hardest to get themselves on the top step of the podium.”

Last year was statistically Jones’ best Super2 season to date, having joined the series midway through 2014.

The 23-year-old also picked up another Supercars Championship top 10 in the Sunday race at the Vodafone Gold Coast 600.

“For me, I’m more confident going into this season than any other,” he added.

“I feel like I’m moving forward, and achieving my best qualifying and race results in 2017 proved that.

“The highlight of last year was standing on top of the podium at Bathurst. It was a very special moment for me, my Dad and the whole team.

“My first Super2 win was such an incredible feeling, and to achieve it there is something I’ll never forget.”

Jones also competed as a wildcard at Winton and Hidden Valley in 2017, his first solo race starts in the Championship, and confirmed that the plan was to do so again this time around.

“In 2018 I’ll be looking to step up and take part in the wildcard events again. It was such a valuable experience last year.

“You learn a lot from the qualifying sessions and longer races; the level of competition is intense. The extra seat time is great, especially leading up to the endurance season.

“The crew I work with get to take part in pit stops and get that full exposure to a Supercars race weekend, so those guys take lessons out of the weekend as well. It’s not just about the guys driving.”

Jones will have Jack Smith and new BJR driver Zane Goddard as Super2 team-mates this year, with all three testing at Winton tomorrow and Wednesday.