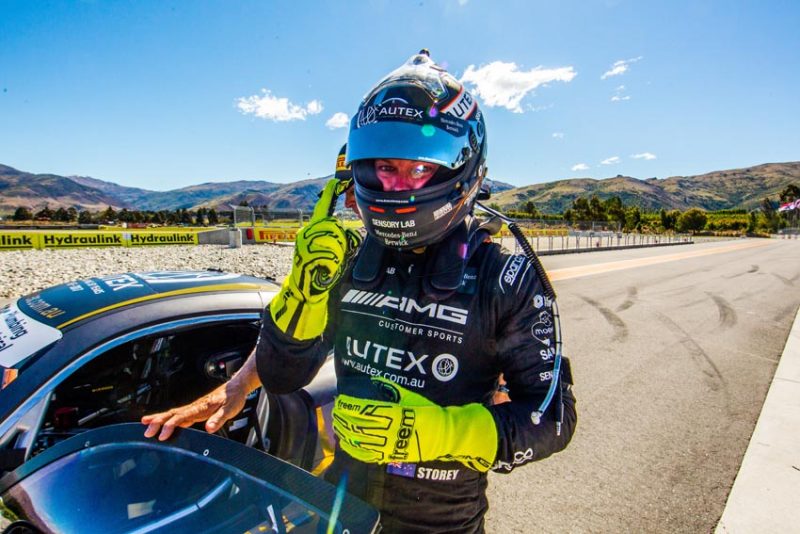 The team last year fielded three entries for Paul Dumbrell, Will Brown, and Nathan Morcom, who will back up for EMS in 2018.

Storey’s arrival will see that program expand to four cars, the largest Super2 fleet it has campaigned, with the acquisition of the 2016 Bathurst 1000-winning VF Commodore from Tekno Autosports.

The New Zealander has previously competed in his home nation’s V8 SuperTourers series, having graduated from Formula BMW and a stint racing GP3 in Europe.

“I thoroughly enjoyed my time in GT3 racing as you can imagine,” Storey told Speedcafe.com.

“We had two really good seasons and I proved to most people that I had the speed and ability to mix it with probably some of the best drivers in Australia.

“This opportunity came through EMS and my sponsors wanting to go down that route as well, and I thought there’s no better time like now to jump at that.

“I’ve won the Australian GT (Endurance) Championship so I may as well keep progressing.

“Super2 is the most ideal platform to get myself into Supercars in some form, whether it be a co-drive or full-time at some point, and that was always my goal.”

Storey believes that his combined experience in New Zealand’s Supercars-like series and at Australian tracks renders him relatively well-prepared for the shift into Super2.

“I’d be probably stretching myself if I was to say I was going to go out and win straight away but I think top six in the first couple of rounds is achievable, and then build on that for the rest of the year,” he said of his aims for the season.

“You can never know what’s going to happen in the Super2 races so maybe I can be in the right position at the right time and you never know, try and snag a podium in the first couple of rounds.

“Definitely towards the end of the year, when I go to the places that I know quite well, like Bathurst and Sandown, there might be an opportunity to fight a bit further up the field.”

Storey also remains in the frame for future starts in the Australian GT alongside Hackett in the championship’s endurance rounds.

“Dom is a valued part of our EMS family so it’s great to have him step up into a Super2 car this season after a hugely successful past two seasons aboard the Mercedes-AMG GT3 he drove with Peter Hackett,” said EMS Team Manager Rachael Eggleston.

“He showed that he can mix it with the best professional GT drivers in the world and was regularly quicker than factory drivers.

“He has some New Zealand V8 SuperTourer experience too so driving one of our cars won’t be completely foreign and with his extremely dedicated and professional approach, both in and out of the car, I am confident he will get up to speed quickly and be scoring some very solid results from the outset.”

In addition to its four Triple Eight-built Commodores, EMS will also have a technical alliance with new-to-the-series Grove Racing.

Storey will test tomorrow and Wednesday at Winton before the season opens at the Adelaide 500 on March 1-4.