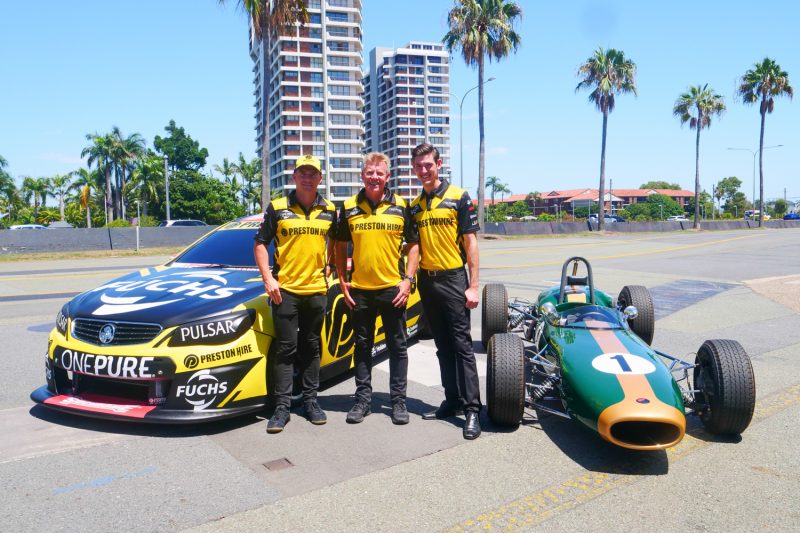 The 23-year-old has been keen to explore racing opportunities in Supercars following a one-off drive for Lucas Dumbrell Motorsport at Barbagallo Raceway in May.

CLICK HERE for an extended photo gallery from the media launch.

Brabham will join the Charlie Schwerkolt-owned team at this week’s test at Sydney Motorsport Park to acclimatise to the squad’s new Holden ZB Commodore, which will be the start of an extensive testing and ride day program.

The grandson of three-time Formula 1 world champion Jack Brabham has spent the majority of his career racing in single seaters, having progressed through the junior formulas in America, winning the USF2000 and Pro Mazda titles before an Indy Lights campaign with Andretti Autosports.

He received a big break into IndyCar by contesting two rounds for Pirtek Team Murray including the 100th running of the Indy 500 in 2016.

Brabham is eagerly anticipating his shot at the Sandown 500, Supercheap Auto Bathurst 1000 and Gold Coast 600 races.

“I have been fortunate to have some terrific days in my motorsport career and this is certainly right up there,” said Brabham, fresh from winning Class C at the Bathurst 12 Hour in the Boat Works BMW.

“Supercars is obviously one of the world’s leading categories and I am tremendously grateful for the opportunity that Charlie (Schwerkolt) and Markus (Preston) have provided me.

“The one-off ride last year (in Perth) gave me a small taste of what Supercars is about and I can’t wait to get out there.

“I had my first experience at Mt Panorama last weekend in the 12 Hour and to know that the next time I will be heading back there will be in a Supercar is pretty cool.

“Lee (Holdsworth) is a first-class operator and has always been good to me and I am sure we will complement each other.

“The current landscape means that it is difficult to secure a solid drive without taking a cheque with you.

“So to be provided an opportunity like this and to be paid as a professional driver is a position that I obviously appreciate and will be protecting by doing the best job I can possibly do in and out of the car.”

“There is no greater name in Australian motorsport than Brabham and we are delighted that Matt has accepted our invitation to become a part of the Preston Hire Racing operation,” said Schwerkolt.

“Matt is a terrific young driver and young man and we believe he will be a valuable asset for our race team as we all progress to the next level.

“Matt is a racer. It goes without saying that it is in his blood and we believe that he will perfectly complement our full-time driver Lee Holdsworth.

“We are proud of the fact that we are giving a young Australian a shot and we also look forward to following his progress in the Stadium Super Trucks through the year.”

Meanwhile, Holdsworth says he is looking forward to working alongside Brabham for the enduros.

“Matt and I have a good relationship already and I am sure we will only continue to build on that,” said Holdsworth.

“The Pirtek Enduro Cup has become a real focus for the teams later in the season and it is great that we have our team set at this time of the year and can build a real strategy to give ourselves the best possible chance of a strong result.”

Preston Hire Group Managing Director and President of Preston Rentals in the USA, Markus Preston, believes Brabham will be a good fit for his brand.

“Matt is obviously a very talented young driver and he has proven that in a range of different machinery,” added Preston.

“We believe his relaxed nature and faultless professionalism will be a valuable asset for our race team and perfectly aligns with the Preston Hire spirit.

Brabham is due to remain in Australia as he prepares to race in the Stadium Super Trucks at the Adelaide 500 from March 1-4.