Takuma Sato has emerged fastest from the official IndyCar test at Phoenix Raceway, ahead of Will Power.

Power briefly held the fastest lap during the night session, a 19.3878s from his Team Penske Chevrolet, before Sato took his Rahal Letterman Lanigan Rahal around the mile-long oval in 19.3790s. 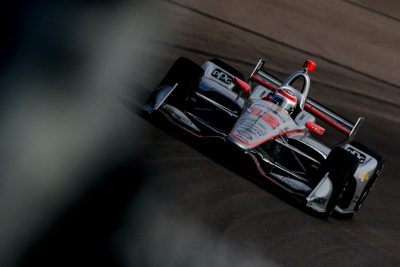 Sato was therefore fastest in three of the four three-hour sessions and second to only team-mate Graham Rahal on the Friday night.

Scott Dixon spun his Chip Ganassi Honda into the wall having set a time good enough for eighth-fastest.

The New Zealander got loose in traffic but incurred relatively minor damage.

Matheus Leist twice scraped the wall in his AJ Foyt Chevrolet in the final half-hour, but ended up the fastest rookie in 13th.

The season proper opens with the Grand Prix of St Petersburg on March 9-11.