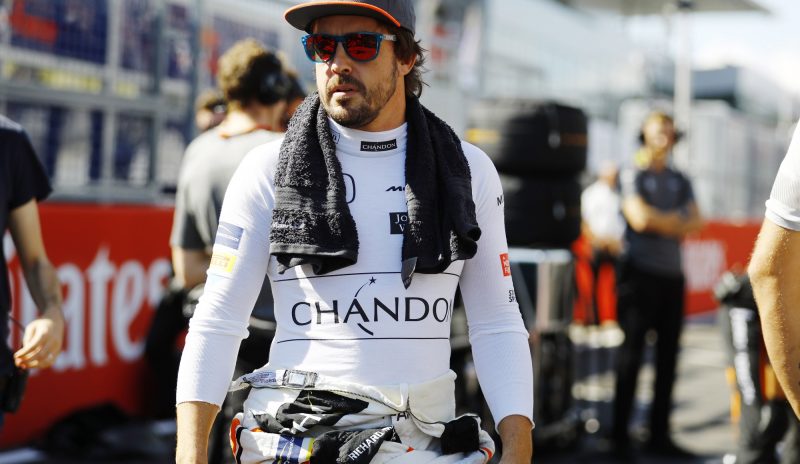 Alonso will race the Japanese marque’s TS050 Hybrid LMP1 at WEC rounds which do not clash with Formula 1, including his debut in June’s Le Mans 24 Hours.

The Spaniard has been freed up to compete in all five WEC races this calendar year after the Fuji date shift and will miss only the Prologue (official pre-season test) in April, which clashes with the Bahrain Grand Prix.

Brown maintains that Alonso is merely a driver and not ambassador for Toyota, with McLaren his first priority.

“So as far as commercial appearances, sponsor commitments, things of that nature, it is very minimised.

“His relationship with Toyota (is that) he is on loan from us.

“We came to an arrangement with Toyota and that is to allow him to race the car but not to travel the globe having commercial commitments.

“(It’s) everything from minimising his travel, to any potential sponsor conflicts; Toyota don’t have many on there so there aren’t many sitting there today that are a conflict with McLaren.

“But if they do find a partner that is conflicting with McLaren, we couldn’t have Fernando walking around in competing sponsor attire.

The two-time world drivers’ champion faces a mammoth schedule in 2018.

Having already competed in the Daytona 24 Hours and the preceding three-day Roar Before The 24 test, Alonso also has the record-equalling 21-race Formula 1 calendar and the five WEC rounds on his plate.

With the Fuji date change designed to accommodate his participation, he will now experience two separate runs of five consecutive race weekends, the former including Le Mans and the latter spread across three different continents (Europe, Asia, North/Central America).

Brown refuted suggestions that the intense schedule would have a detrimental impact on his McLaren performances or tire him out.

“What he will be doing on those weekends otherwise?” Brown asked.

“We have got everything we need on the F1 front, so the weekend he would either be in a go-kart or golfing or whatever he wants to do, he will instead be in a Toyota WEC car.

“He wants to spend his spare time in race cars.

“He knows what he is getting into. He is unbelievably prepared. He went from the 24 Hours of Daytona and then got in a simulator test with Toyota for however long he was in the car.

“I think he is a very special athlete who can do things that most of us would get knackered doing. I don’t think he would do it if he didn’t think he could do it at the highest level.”

The F1 world championship begins in Melbourne on March 23-25, with the 6 Hours of Spa the first WEC race on May 5.