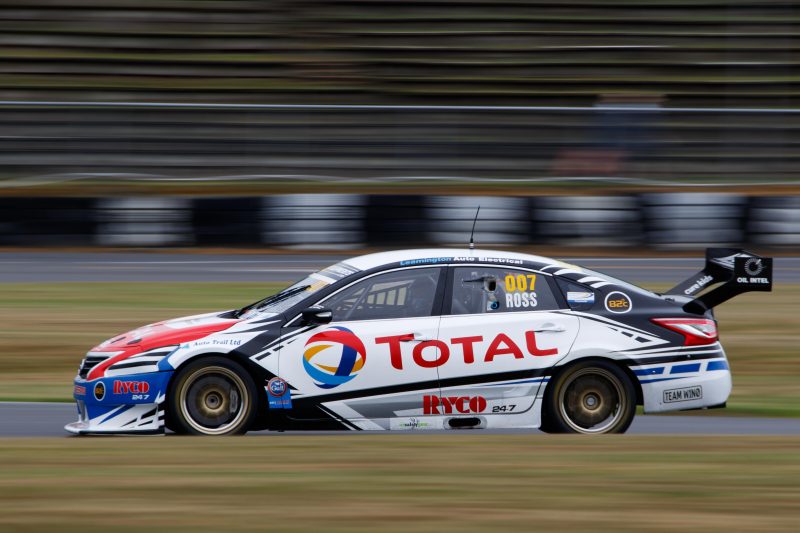 Ross led all the way in Race 2, but the result was not quite so straightforward.

The #007 Total Altima came under pressure from Heimgartner almost immediately, as they pulled away from the field.

Jack Smith (#85 Pilot Brewery Commodore) pegged back the gap around half race distance and got past Heimgartner as light rain began to fall on Circuit Chris Amon.

With rain getting heavier in the latter stages and the field on slicks, the race finished under Safety Car, Ross heading Smith, Heimgartner, Hughes, and Bargwanna (#97 Tiger Camry), while Class 2 winner Brock Timperley (#59 Erosion Control Falcon) was eighth outright.

Bargwanna took out the reverse grid race after Heimgartner was turned around by Smith. 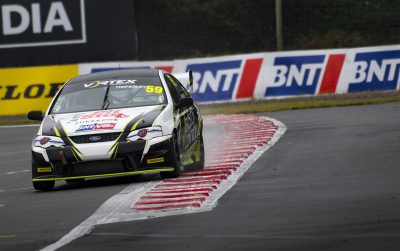 The 2000 Bathurst 1000 winner sat at the head of the Class 1 group of cars for the standing start but had to fend off both Smith and Heimgartner, who boldly shot down the outside, at the first corner.

Heimgartner and then Smith passed Bargwanna, and eventually the Class 2 cars, before Smith unloaded the then-leading #71 Superlux Camry.

With light rain falling again, Bargwanna negotiated the challenging conditions to take the win and close the gap to Heimgartner in the title race.

Smith finished second, ahead of Hughes and Ross, who slid off the track during the race.

The Cambridge driver nevertheless won the round.

“Really great weekend, two poles, a win and a second, you can’t complain about that,” said Ross.

“That last race was pretty hectic, the conditions were very slippery, and I was lucky to be able to rejoin after going off the circuit earlier on.

“The team has put in a really great effort, (and I’m) pleased how it all panned out.”

Timperley won Class 2 in fifth outright having started from pit lane, making for a sweep of class wins for the weekend.

The title will be decided at Hampton Downs on March 9-11.

Next Story Scott Taylor set for racing return in NZV8s