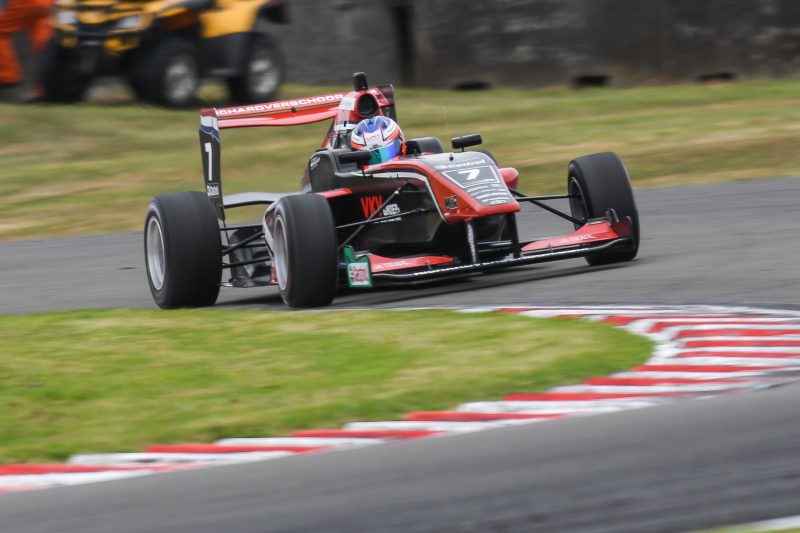 Marcus Armstrong holds a reduced points lead ahead of the final day of the 2018 Castrol Toyota Racing Series after Richard Verschoor took out Race 1 at Manfeild.

Verschoor (Netherlands) qualified on pole and had comfortable passage to the first corner when Charles Milesi (France) stalled on the outside of the front row.

The Dutchman stretched his lead through the 20-lap race at Circuit Chris Amon, taking a fifth race win of the season.

Robert Shwartzman (Russia), who sits second in the series, also finished the race in second position, ahead of Clement Novalak (Great Britain).

Armstrong (Christchurch), who has led the series since the end of Round 1, qualified only seventh but shot up to fourth midway through Lap 1.

Brendon Leitch (Invercargill), however, got by just before the end of the standing lap and withstood an attack from Armstrong on Laps 3 and 4.

Leitch then began to gap Armstrong and they went on to finish fourth and fifth respectively.

The latter’s series lead is now 15 points over Shwartzman, with Verschoor a further 19 further back. “I got a bit too aggressive halfway through the race,” said Smith, on the eve of what will be his 47th New Zealand Grand Prix.

“That was the wrong thing to do. I needed to get back to driving smoothly.”

The fifth of five rounds concludes with a further two races tomorrow, including the New Zealand Grand Prix in which Verschoor will again start from pole.