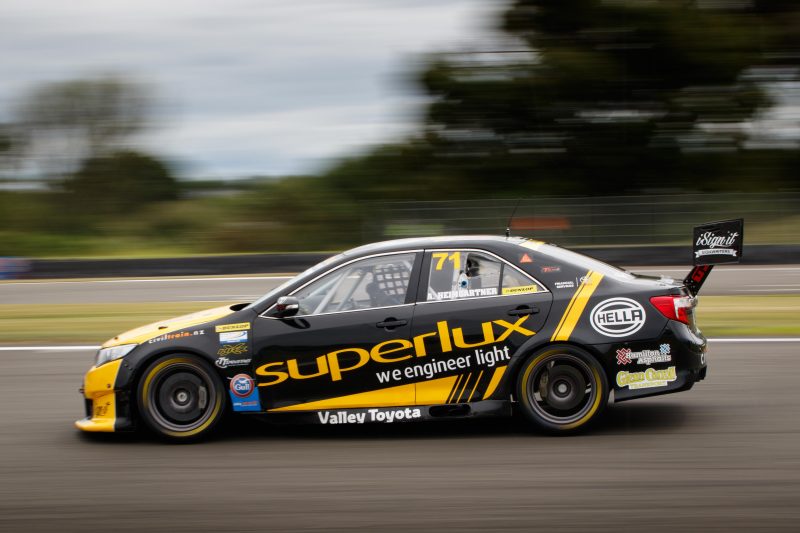 Andre Heimgartner has extended his BNT V8s series lead with victory in Race 1 in Manfeild.

Nick Ross headed the field from pole position but came under immediate pressure from Heimgartner (#71 Superlux Camry), who had started alongside.

Heimgartner elbowed his way past the #007 Total Altima on Lap 2 and led for the remaining 10 laps to tighten his grip on the title.

“It was a good battle there with Nick,” said Heimgartner.

“A little bit of side to side contact, I got a good run on him on the outside of Turn 1 and managed to get it down the inside by the next corner.

“The car has been faultless throughout the whole year.

“To come here and be fast again is fantastic; hopefully it continues tomorrow and for the rest of the season.”

His Richards Team Motorsport team-mate Jason Bargwanna, on the other hand, had to refocus his efforts to salvaging points after his #97 Tiger Camry began to overheat.

Bargwanna started third but had no pace to hold off Jack Smith or Lance Hughes, pitting midway through the race from fifth.

He returned to the circuit late in the encounter to record a finish, two laps down in 12th outright.

Round 5 of 6 continues tomorrow with two more races.