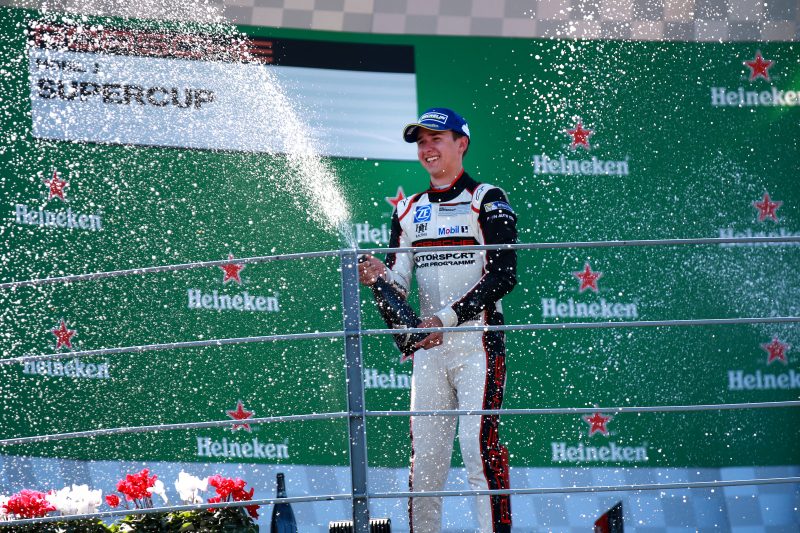 Matt Campbell has been named as one of Dempsey-Proton Racing’s drivers in the LMGTE Am class of the 2018/19 FIA World Endurance Championship.

The release of the entry list at the WEC season launch revealed that Campbell is set to drive one of the German outfit’s two Porsche 911 RSRs for the ‘super season’, which includes both the 2018 and 2019 editions of the Le Mans 24 Hours.

The drive comes after the Queenslander was elevated to Porsche Young Professional status for 2018.

He will be joined by fellow Young Professional Matteo Cairoli at Dempsey-Proton, with the Italian the only driver named so far in the sister car.

The news comes off the back of Campbell’s drive in the 2018 Liqui-Moly Bathurst 12 Hour, in which he finished fourth outright and second in Pro-Am class with Competition Motorsports.

Also on the WEC entry list are 10 LMP1 cars, headed up by the pair of hybrid Toyotas.

Organisers also confirmed that the 6 Hours of Fuji will move forward a week to avoid a clash with the United States Grand Prix, allowing Fernando Alonso to race at Toyota’s home track.

Next Story Brown: Alonso a McLaren driver ‘first and foremost’