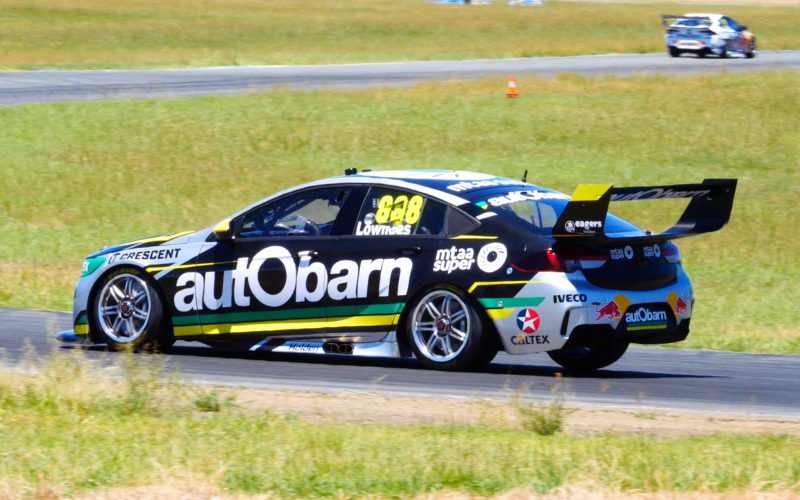 Triple Eight team manager Mark Dutton has declared the shakedown of its three new ZB Commodores a relative success with only minor issues to address heading into next week’s official test.

The Brisbane squad bedded in its three newly-built chassis and aero packages for reigning champion Jamie Whincup, Shane van Gisbergen and Craig Lowndes at Queensland Raceway ahead of the new season.

Charged with the design, development and roll out of the ZB Commodore, the day saw Triple Eight conduct its first meaningful laps with the all new Holden. 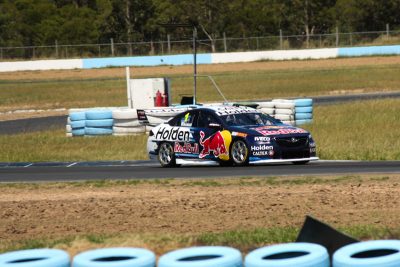 Its drivers rotated among the three cars during their permitted 60km runs to assess the performances of the new chassis prior to the Sydney Motorsport Park test on February 16.

The squad were working on the cars until 3am this morning in preparation for the day which Dutton felt ran relatively smoothly.

“There were a few little niggles but that is always going to happen at any shakedown with a brand new model and one with so many changes,” Dutton told Speedcafe.com.

“All in all, fantastic job. There are some issues we need to address but not a mountain for the work and effort that’s gone in.

“Most of them are the little percenters that you like to get right but the day has come around real quick.

“We did have a good break but you still don’t have too much time to get everything done and supplying all the other teams by getting all the bodywork out.

“We haven’t had enough time to iron out some of those little things. You can see on the car with some the guard bits and gaps with the bodywork isn’t quite perfect.

“We even had things like a headlight lens popping out because the glue holding it in was still wet as it was down early this morning. 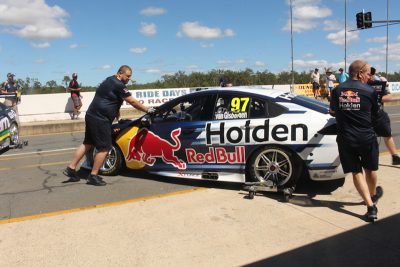 “The drivers are happy with it and can see the potential and the fact we need some tuning. It was good that it responded pretty much the way it should.

“We do think the car is going to be better than the VF and we would be disappointed if it wasn’t.

“Our job is to constantly evolve and improve. Even though you are doing it within some bandwidth conditions you do want to make sure you are moving forward as a team.”

Lowndes, driving the new #888 Autobarn backed entry, felt the shakedown highlighted the potential of the car, but admits the team has work to do to unlock performance.

“All three of us had an opportunity to run in each other’s car to see if there was any difference and there wasn’t so that is nice to know,” Lowndes told Speedcafe.com.

“The cars ran strong but we have just got to make them fast now. It’s got potential, there is no doubt about that. It feels nice in some areas and ugly in others.

“I think the guys were working until 3am this morning to make this day. It is a lot of work for the guys and it is a credit to the team.

“The body shape has changed so it does change the characteristics of the aero which we have got to get our head around as a group, and see which way we want to go.”

Meanwhile, van Gisbergen has paid tribute to the team for their work in readying the cars for the season given the workload of supplying parts to all Holden teams. 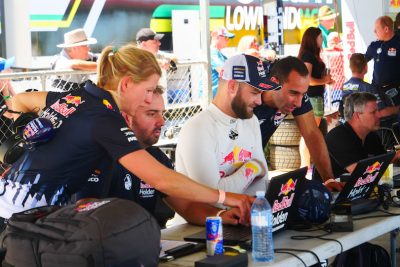 “It feels the same as last year and we will get a better feel at Sydney Motorsport Park,” van Gisbergen told Speedcafe.com.

“It has been amazing seeing the workshop over the last few weeks especially the last three days and seeing how hard everyone is working. The cars are beautiful up close

“You always hope for faster, more grip, more downforce but the way the rules are everything is the same. The downforce number is the same as last year’s car.

“It is the same with VF (Commodore), we have had two or three new cars and you have problems on the first day. It is only little stuff so easy fixes.”

The shakedown was overseen by Triple Eight boss Roland Dane, who confirmed to Speedcafe.com that all Holden teams are set to receive the final parts to compete ZB Commodore car build following an initial delay.