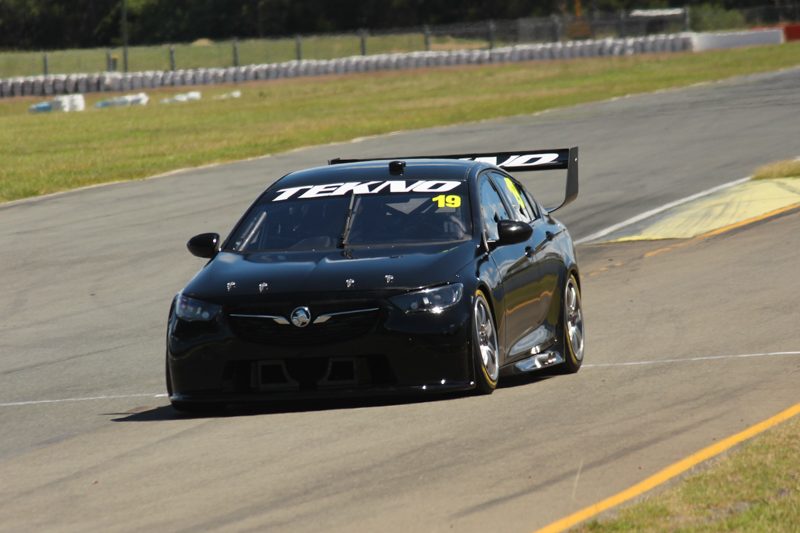 New Tekno Autosports recruit Jack Le Brocq is eagerly anticipating the chance to compare himself against the rest of the Supercars field following a successful test at Queensland Raceway.

The former Dunlop Super2 Series driver logged his first laps behind the wheel of the new Triple Eight-built Holden ZB Commodore as preparations continue ahead of a maiden campaign in the main game.

Le Brocq is part of a new look Tekno squad spearheaded by former Holden Racing Team boss Adrian Burges,s while the experienced Campbell Little has now been confirmed as the rookie’s race engineer.

The 25-year-old impressed his new team by making a swift transition to the car having driven a Nissan Altima last year in Super2.

After completing approximately 200km of running, he feels ready to attack the pre-season test day alongside the full Supercars grid at Sydney Motorsport Park on February 16.

“We had good speed today when we got the stopwatch out, but it will be good to see where we stack up.

“I’ve jumped in this thing and I’ve been really happy straight away. It feels like it is working quite well.

“We have just got to tidy up a couple of things but we should be able to hit the ground running straight away at Sydney.

“It is only early days for us this year and hopefully we can build on it.

“Triple Eight were here only doing shakedowns so we have done the most laps of all those guys.

“We have got a better understanding of how the new aero package going to work with the mechanical side, and I think it is going to gel quite well.

“It will be interesting to see how we go at Sydney and what it has got to offer.”

Le Brocq shared the first half of the day with Triple Eight as it completed shakedowns for its three new ZB Commodore for Jamie Whincup, Shane van Gisbergen and Craig Lowndes.

The Melbourne driver is looking forward to working closely with the Triple Eight during the season as part of Tekno’s customer relationship with the operation.

“It was good (to work with Triple Eight),” he added.

“It was only a brief little chat but it will be good for me for the rest of the year to understand how Shane, Jamie and Craig go about it.”

Le Brocq will kick off his maiden Supercars campaign at the Adelaide 500 from March 1-4.