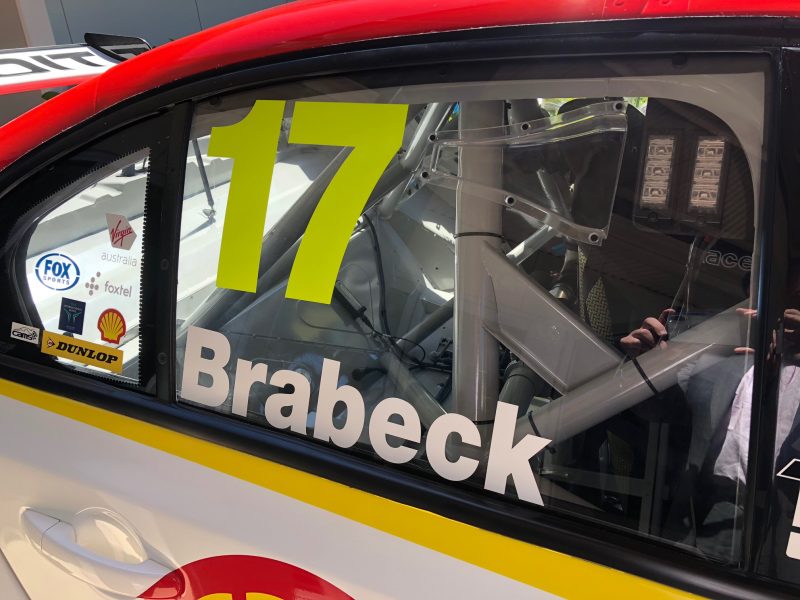 Steve Brabeck was a co-owner of DJR Team Penske; the car formed an entrance of honour

A who’s who of Australian motorsport and business have gathered to pay their final respects to DJR Team Penske co-owner and Crimsafe creator Steve Brabeck on the Gold Coast.

Brabeck had lost a two-decade long battle with cancer, passing away peacefully in a Gold Coast hospital on January 28.

Brabeck, who kept Dick Johnson Racing alive with an original investment in 2010 and further commitment in 2013, held a 20 percent share in the current structure.

He established security company Crimsafe in 1995 and he and his partner Peter Bouma sold it to a private equity company in 2015. 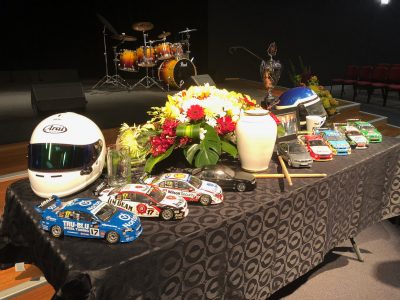 DJRTP was represented by more than 40 staff in team uniform with the contingent being headed by Dick and Jill Johnson and fellow co-owner Ryan Story.

Brabeck’s mother Pam wrote the eulogy, which was read by motorsport chaplain Steve Peach, who is also the senior minister at the Southport Church of Christ where the funeral was held.

Pam talked about Brabeck being an only child and how he had a passion for both cars and playing the drums from an early age.

Brabeck played in a band called the Lonely Hearts which supported such acts as Midnight Oil and were at one stage supported themselves by a young INXS.

Crimsafe CEO Derek Tidey spoke about Brabeck’s journey in creating the Crimsafe product and brand which has developed into a standout industry leader.

“Passion, integrity, loyalty, trust and love defined him across all sections of his life,” said Tidey.

“There are not enough words to describe the effect he had on everyone he met.”

“He was such a mentor to small business owners and none of us would have been successful without him,” said Althaus.

Story and Johnson spoke together and emphasised the enormous contribution that Brabeck made to DJR in its darkest days.

Story admitted that if Brabeck had not put in his own cash, the team would not have even made the last round of the 2010 championship which was ultimately won by their then-driver Courtney.

Queensland Police Commissioner Ian Stewart called Brabeck a visionary supporter of community safety in a note he had sent to the family. Crime Stoppers Queensland CEO Trevor O’Hara said that Brabeck had poured more than $100,000 a year into his community program and said that ‘passion’ was what he was all about.

A table was positioned at the front of the church with memorabilia from Brabeck’s life including drum sticks, a photo with former Australian Prime Minister John Howard, as well as an array of models of race cars he was involved with as a sponsor or a team owner.

His personal drum kit also sat on stage along with a large sprintcar trophy won by his driver Donny Schtaz.

An entrance of honour was formed by his beloved M3 BMW road car and a DJR Team Penske Supercar which was adorned with his name underneath the famous #17.

The service concluded with a photographic slideshow of Brabeck’s family, business and sporting lives and videos of him playing drums at home at the 2016 Supercars Gala where the usually shy Brabeck was encouraged up on stage.

“I have been told that Dad leaving us has left a large void, but I know he would only want us to see that as a space in which we can grow and flourish,” said Matt.

Brabeck is survived by his mother Pam and sons Matt, Ben and Brad.