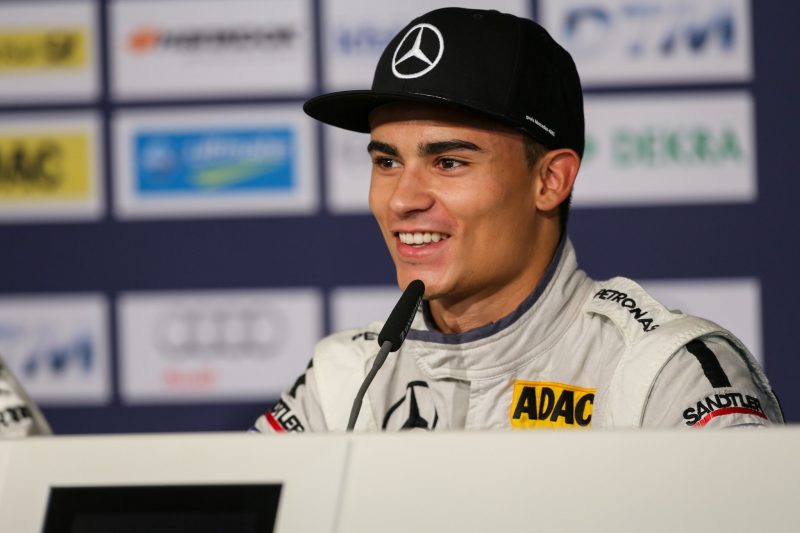 Pascal Wehrlein is targeting a return to the Formula 1 grid for 2019 after losing his seat at Sauber for this season.

Sauber dumped the German in favour of Formula 2 champion Charles Leclerc, who has close connections to Ferrari, as part of an engine and sponsorship deal between the two companies.

The Swiss team is poised to receive current-spec Ferrari engines in place of the year old units it ran in 2017, along with title sponsorship from Alfa Romeo, a sister company to Ferrari under the Fiat Chrysler Automobiles umbrella.

This forced Mercedes-backed Wehrlein out of the team, which was purchased by an anonymous group of investors during 2016, who have links to Marcus Ericsson.

For the coming season, Wehrlein will return to the DTM, the German having graduated from the series having won the 2015 championship.

However he is also looking at Super Formula in Japan as a way to increase his chances of a Formula 1 reprieve.

“Yes, that opportunity still exists,” Wehrlein responded when quizzed about the possibility of competing in Super Formula.

“I could do an additional program (as well as DTM).”

The 23-year-old was promoted to Mercedes’ F1 test driver following his success in DTM, and hopes a repeat of that success could reignite his career.

“If I can be strong from the beginning, it could put me in a better position.

“But I haven’t thought much about that. I just want to give my best this year. Then hopefully I will be in a good position next year.”

In his previous stint in the DTM, Wehrlein became the youngest-ever winner of the series in 2015, with three wins and six podiums in his 38 starts.

Meanwhile, Super Formula has been used by a number of drivers as an alternative to F1, with McLaren’s Stoffel Vandoorne and Toro Rosso’s Pierre Gasly having both competed in the series.

Previous Story Webber: Ricciardo should focus on Verstappen instead of 2019