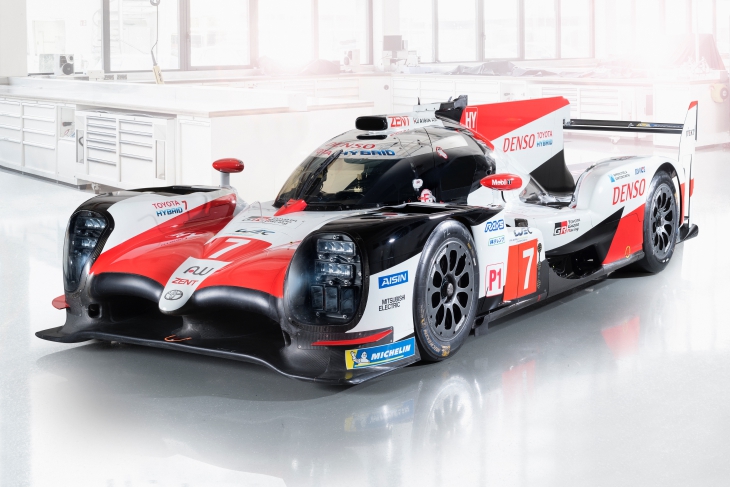 Toyota Gazoo Racing has unveiled its TS050 Hybrid LMP1 challenger, with which it will tackle the 2018/19 World Endurance Championship ‘super season’.

The red, white, and black design is similar to that used throughout the 2017 campaign, with the car itself also largely unchanged.

Following the withdrawal of Porsche at the end of last season, Toyota is the sole remaining LMP1 factory entry, with the remainder of the field comprised of customer entries.

Last week the Japanese marque announced Fernando Alonso would join its driver line-up in place of Anthony Davidson, who will become the team’s test and development driver.

Alonso will share the #8 car with Sebastien Buemi and Kazuki Nakajima, while the team’s lead car will be steered by Mike Conway, Kamui Kobayashi, and Jose Maria Lopez.