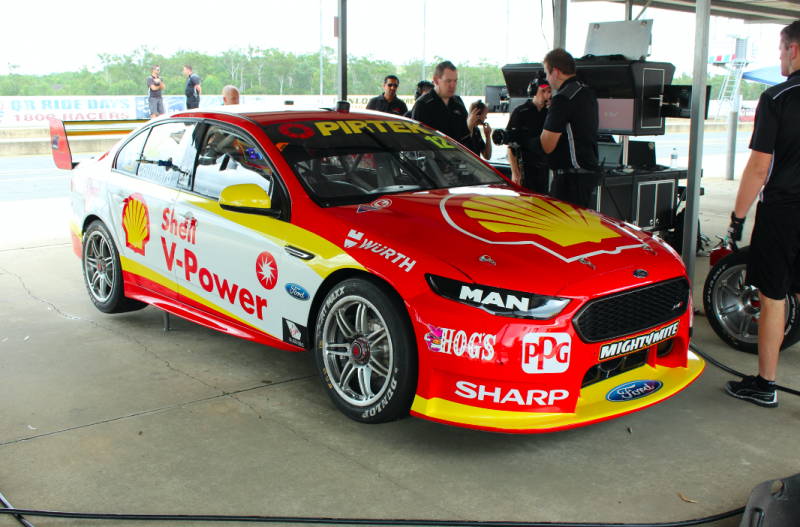 Fabian Coulthard has enjoyed a trouble-free shakedown of his new Shell V-Power Racing Ford as he kicked off a partnership with new race engineer Mark Fenning.

The Kiwi completed the permitted 60km run at Queensland Raceway without issue in a newly built Falcon FGX, which has been constructed by the team over the off-season.

It also provided an opportunity to work with Fenning, who was confirmed as his new engineer this morning, replacing the experienced Phil Keed. 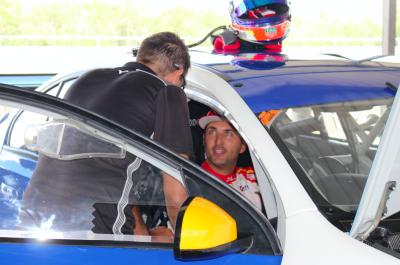 Coulthard also logged 10 laps behind the wheel of Todd Hazelwood’s Matt Stone Racing Ford to assist the Queensland team in setting up the car, which was purchased from DJR Team Penske last year.

“It has gone faultlessly, the boys have done an awesome job building us a new car, I couldn’t have been happier,” Coulthard told Speedcafe.com.

“Basically it was just a systems check just to make sure everything was fine so we are ready when we go to the test at Sydney Motorsport Park.

“I’ve worked a fair bit with Mark over the years.

“He hasn’t been my race engineer as such but to talk to him on the radio and get a feel for each other has been a good lead into next week’s test.

“You just adapt and adjust and we will continue to learn each other but so far it has been pretty good.

“It (the run in the Matt Stone Racing Ford) was basically just a systems check for them. I could have jumped from one to the next and not known the difference.” 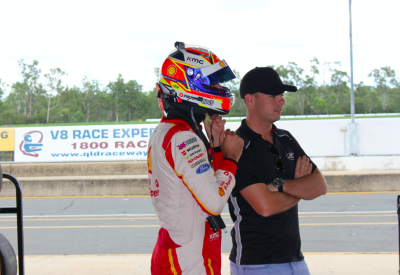 Scott McLaughlin was an intersted bystander at the shakedown

Coulthard is now looking forward to the official pre-season test day at Sydney Motorsport Park on February 16, where teams will sample the new 2018 tyres for the first time.

“Obviously we will get a little bit of a understanding for what it is like,” he added.

“For us we have hopefully been able to fine tune our cars over the break and introduce a couple of new parts, so I’m looking forward to evaluating it all.

“We had an awesome year last year and to wrap up the teams’ championship was a big box everyone in the team wanted to tick.

“Hopefully we have given ourselves the best shot for this year.”

Team-mate Scott McLaughlin was also present at the shakedown to oversee the process.