Penske promotes from within for Coulthard engineer 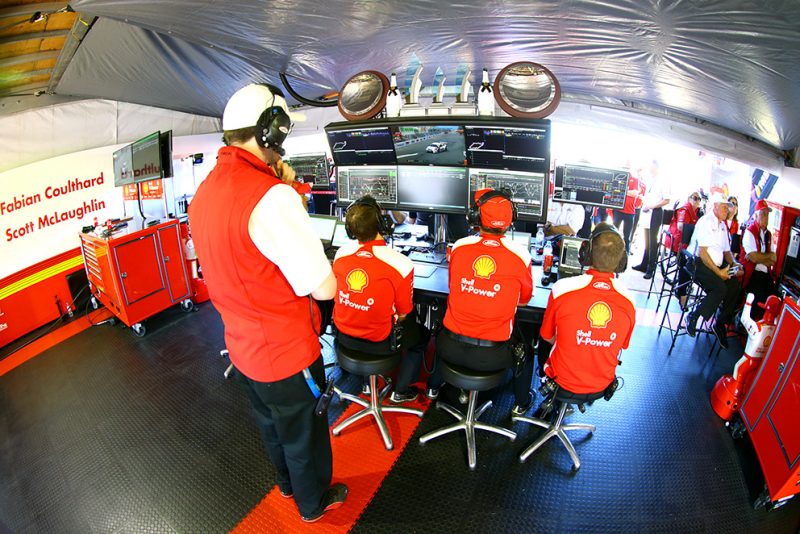 Fabian Coulthard will team up with experienced engineer Mark Fenning at Shell V-Power Racing for the 2018 Supercars season.

Long-time DJRTP employee Fenning will step into the lead engineer role on the #12 Falcon, which has been vacated by Phil Keed.

The switch will see Coulthard forge a new engineering relationship for the first time since 2012 having worked alongside Keed at Brad Jones Racing before the pair both moved to DJR Team Penske at the end of 2015.

Fenning will move into the lead engineer seat for the first time in an official capacity at Queensland Raceway today, where the team will shakedown Coulthard’s newly-built Falcon FGX.

Having spent two stints at the DJR team, Fenning has engineered several drivers at the team including Marcos Ambrose, Tim Blanchard and Scott Pye.

The team has confirmed there will also be a new data engineer on the #12 Falcon.

“We thought it was time for a change so we have shaken things up and filled the position with someone we know, and it is always good to promote from within,” DJRTP managing director Ryan Story told Speedcafe.com.

“It was always the plan to promote from within. Mark has worked quite closely with both drivers particularly over the course of the last 12 months having overseen the engineering of both cars.

“It was a natural choice.

“We have a new data engineer on that car and we have filled a role there as Fabian’s previous engineer will take on the role Mark had at the track.”

Story says the shakedown is a valuable opportunity to go through procedures and run preliminary checks on new developments that the team has been working on.

“It is just shakedown so it is an opportunity to do your systems checks and make sure the new go fast parts are working in the way we want them too,” he added.

“It is just some processional running to make sure we are ready for the test next week.

“It is fair to say if you sit still your opponents will come past you pretty quickly.

“We are always thinking about how we can improve things and it is fair to say that most projects that can lead to car speed have a long gestation.

“There were things that we were trying last year which will find their way onto the car now, and likewise there are a number of new ideas we are working on to have some time in the future.

“It is exciting times and we are looking forward to going racing again, and we have got a point to prove.”

The team will share the track with one of the Falcons it raced last season courtesy of Todd Hazelwood and Matt Stone Racing, as they step up preparations for their first season in Supercars.

MSR purchased two DJR Team Penske Fords from the team during the off-season.

Hazelwood will be taking up one of his rookie day test days at the venue.