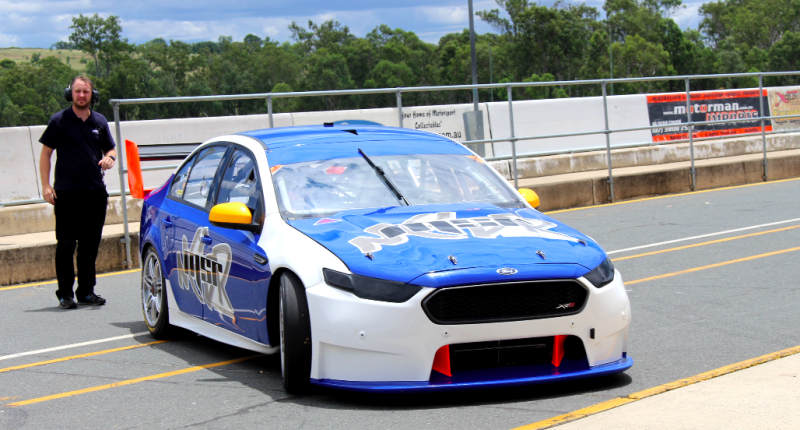 The reigning Dunlop Super2 Series winner cut laps in his new car as he and the team prepare for their maiden season in the Supercars Championship.

Hazelwood has elected to take up one of his rookie test days at the Ipswich circuit to learn his new chassis ahead of next week’s official pre-season test at Sydney Motorsport Park. 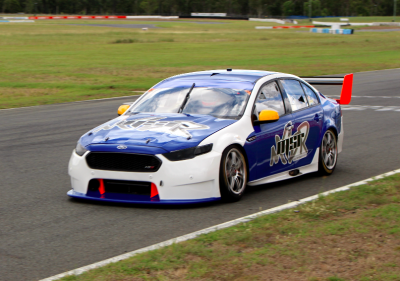 Hazelwood behind the wheel of the DJR Team Penske-built Ford

The car, purchased from DJRTP last year, ran in a blue, white, and orange testing livery.

The 22-year-old admitted he was both impressed and surprised by the characteristics of the Falcon compared to the Holden VF Commodore he ran last year.

“The chassis is very impressive, we didn’t know what to expect coming into today, so it is so far so good,” Hazelwood told Speedcafe.com.

“We should be able to find some more speed as the day goes on.

“The overall pitch and roll of the car is massively different to the Triple Eight car that I used previously.

“It is quite amazing how you can have the same rulebook but two completely different cars on track. It is good to experience both ends of the spectrum.

“You have just got to adapt, you cannot afford to have a certain driving style because it will hold you back in some instances.

“I’m really comfortable in the car and it is showing some good signs so far. I’m very happy at the progress we are making.

“Hopefully by the end of the day we can work out what to do and what not to do.”

Matt Stone Racing has been assisted by Shell V-Power Racing driver Fabian Coulthard, who logged 10 laps in the car as part of the team’s handover process. 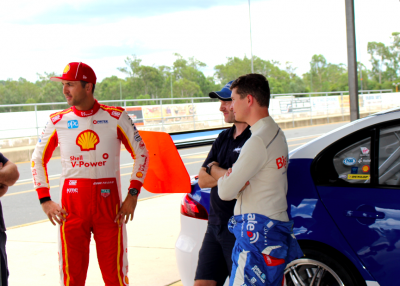 “It was good to pick his brain on a couple aspects I wasn’t so sure about,” he said of Coulthard’s input.

“You don’t want to be stuck on a tangent that is not worth heading on as far as set-up goes. It was good to ask some questions to see what he thought.

“It is a clean sheet of paper and we will will do our own thing from now (with regards to set-ups).

“They (DJR Team Penske) have done a great help in preparing us nice fresh car.”

Meanwhile, the team has undergone a restructure with former Tekno Autosports team manager Steve Greer onboard along with ex-Tekno mechanic Janelle Navarro.

Hazelwood has also taken up a Commercial Director role at the team alongside his driving duties.

The South Australian says the prospect of competing in the Supercars Championship this year has finally hit home following his first run in the car.

“It has been a bit of a relief as we haven’t stopped since Newcastle last year,” he added.

“We have worked right through Christmas and New Year and it has been a huge workload.

“It is certainly happening now and going out to the track I’ve realised that this is the start of a huge year ahead.

“I’m champing at the bit to get to Adelaide. To be part of that elite group is something special.”

The opening round of the season will see Hazelwood compete on home soil at the Adelaide 500 from March 1-4.