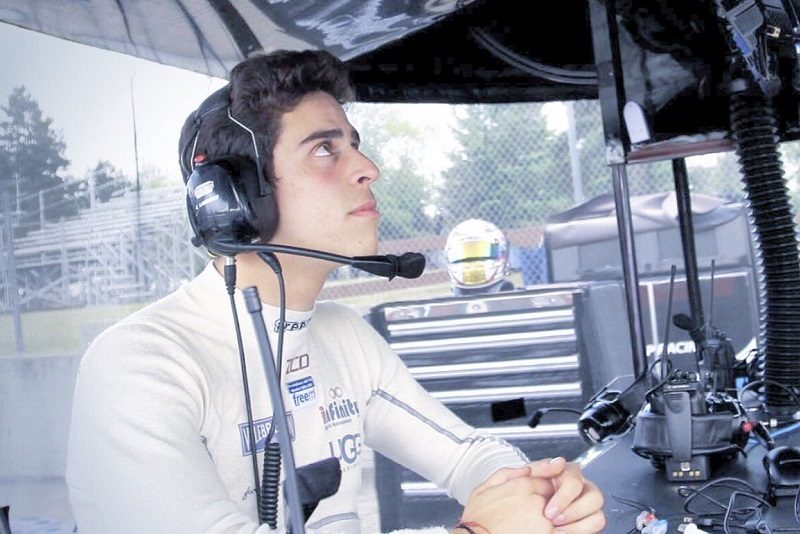 Zachary Claman DeMelo has been confirmed as the driver to share the #19 Dale Coyne Racing IndyCar with Pietro Fittipaldi.

Done deal!! I will drive 10 races for @DaleCoyneRacing in the @IndyCar series this season 🔥👊 blessed to continue representing @PaysafeGroup pic.twitter.com/nV4mRgB8cI

The Canadian made his Verizon IndyCar Series debut with Rahal Letterman Lanigan Racing in last year’s season finale at Sonoma.

On that occasion, he carried the backing of international payments provider Paysafe, which will sponsor the #19 DCR car in 2018.

“Paysafe helped me attain a life ambition last September when I made my Verizon IndyCar Series debut in Sonoma,” said Claman DeMelo.

“I am hugely grateful for their ongoing support as I prepare for the forthcoming races.

“I feel proud to be representing their brand again on the racetrack and I shall be doing all I can to get the Paysafe car into victory lane.”

Claman DeMelo, who has tested with DCR at Sebring and Sonoma, will test again at the former before his first start with the team in the season-opener in St Petersburg on March 9-11.

He is set down for 10 starts, with Fittipaldi at this stage given the #19 Honda for the Indianapolis 500 alongside team-mates Sebastien Bourdais and regular one-off Brickyard entrant Pippa Mann.

The confirmation completes the line-up of full-time entries for the 2018 season.