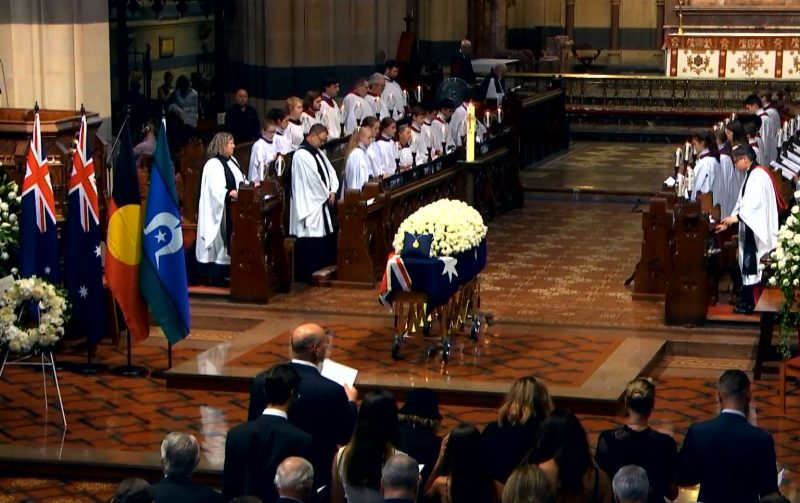 The state funeral for Ron Walker

Former Australian Grand Prix boss Ron Walker has been farewelled with a state funeral in Melbourne.

The 78-year-old passed away last week following a battle with cancer and ill health since being diagnosed with melanoma in 2011.

Held at St Paul’s Cathedral in the centre of Melbourne, it was attended by Walker’s family, friends and business associates.

“For most of us, death concludes a life and influence,” Kennett read.

“For (Ron Walker), it is just a comma, for while we say farewell to his physical presence today, his contribution to Victorian life will have no end.”

“What stamped Ron Walker as a great and a patriot of Victoria was his amazing capacity for bipartisan approach to making things happen,” added Eddie Mcguire.

“You only have to look around at today’s state funeral to understand how things work in this state because of Ron Walker.

“It’s not who you are, it’s not not necessarily who you know, it’s not your religion, your political affiliations, what school you went to, even who you barrack for at the footy, it’s what you contribute that matters.”

Walker is survived by his wife Barbara, three children, and three grandchildren.

Previous Story Aussie Driver Search heads to The Bend in 2018