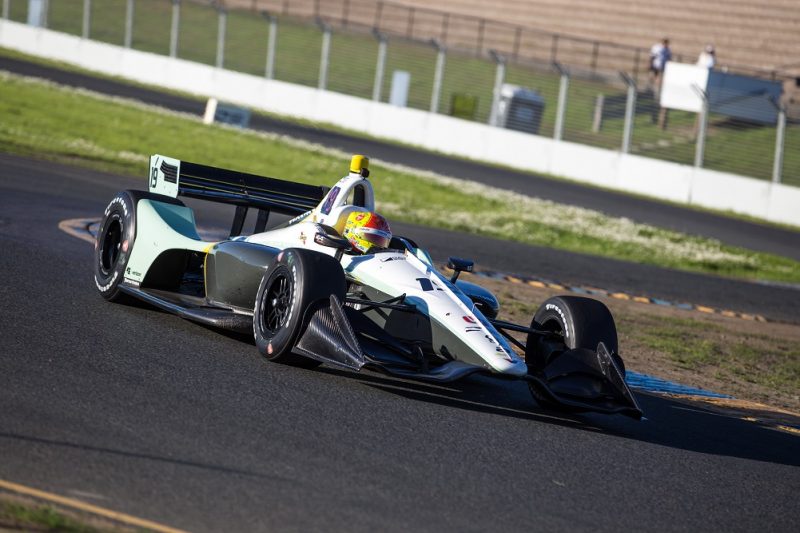 The 2018 IndyCar Series’ regular line-up is all but locked in with confirmation that Pietro Fittipaldi will compete in seven races for Dale Coyne Racing.

Fittipaldi was given his first drive of an IndyCar by DCR in testing at Sebring in late-January, and also took part in an unofficial test with DCR at Sonoma a day prior to the announcement.

“This is a dream come true, even more so to be racing in the Indy 500, where my family already has a history of great results,” said the 21-year-old grandson of two-time world drivers’ champion and two-time Indianapolis 500 winner Emerson.

“I want to thank the entire team at Dale Coyne Racing, along with Escuderia Telmex for this massive opportunity and important step in my career.

“It’s no secret that I also have an objective to one day race in Formula 1, so I’m excited to be racing on a world stage like IndyCar this year.”

The Brazilian, who won last year’s World Series Formula V8 3.5 title, will also take part in this Thursday’s rookie test day at Phoenix, before the full field runs on the Friday and Saturday.

The Fittipaldi news come off the back of the announcement that DCR would be joined by Jimmy Vasser and James Sullivan as partners in running the #18 entry for Sebastien Bourdais.

Zachary Claman DeMelo is widely expected to race car #19 for the balance of the season, though the Canadian’s signing has not yet been confirmed.

Next Story DCR confirms Claman DeMelo to share with Fittipaldi