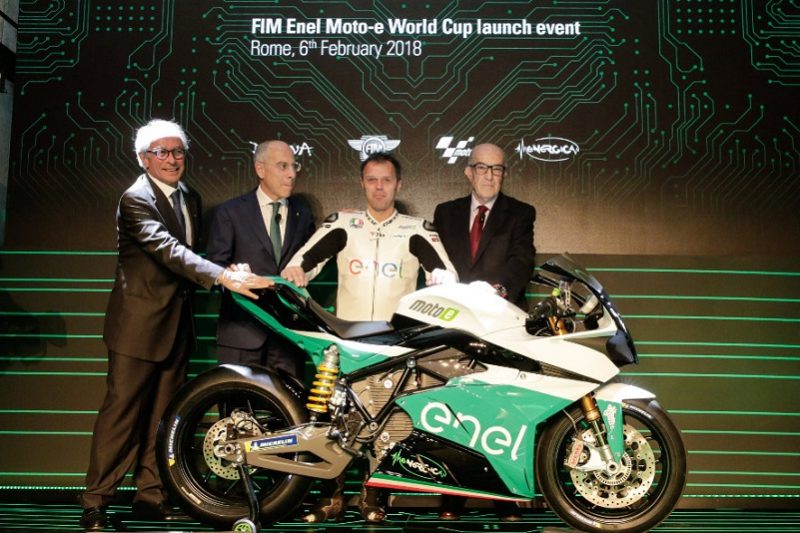 The MotoE World Cup, the electric support series to MotoGP, has been launched in Rome.

The all-electric motorcycle to be raced in the series, supplied by Energica, was unveiled, and multinational electricity and gas company Enel announced as naming rights sponsor.

MotoE will begin in 2019, with the first test in February at Jerez before a five-race series in support of five European MotoGP rounds.

Races are proposed to be of 10 laps duration, with organisers stating that any technical gains will be utilised to enhance performance rather than lengthen races.

Similar to MotoGP, Moto2, and Moto3, practice will take place on Fridays, qualifying on Saturdays, and the races on Sundays.

Grid size will be 18 bikes, two each to the current independent MotoGP teams and four spread across Moto2 and/or Moto3 teams which choose to enter.

Michelin has been named as the sole tyre supplier.