Vasser returns to IndyCar with Coyne

Vasser returns to IndyCar with Coyne 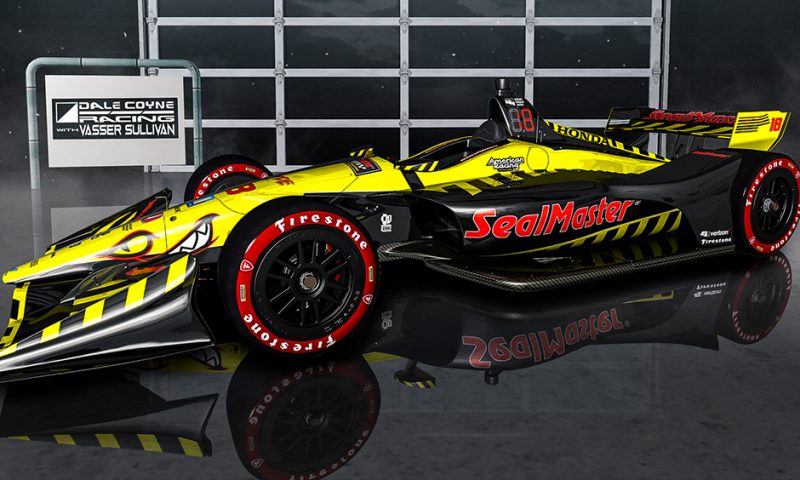 The look Sebastien Bourdais will carry for nine races this year

Jimmy Vasser and James Sullivan have returned to IndyCar as team owners in a partnership with Dale Coyne Racing.

Sebastien Bourdais’ #18 Honda will now run as the Dale Coyne Racing with Vasser-Sullivan entry, while the #19 entry will still be DCR only.

Vasser, Sullivan, and Kevin Kalkhoven won the Indianapolis 500 as owners of KV Racing when Tony Kanaan took victory in 2013, but the team closed at the end of 2016 when an alliance with Carlin failed to materialise.

Bourdais, himself a race-winning KV driver from 2014 to 2016, will compete with SealMaster backing for nine of this year’s 17 races (including the Indianapolis 500) under a deal publicised alongside the partnership announcement.

“When Jimmy, Sulli and I met to discuss creating this partnership, it was very enticing,” said Coyne.

“They’ve had a lot of success in their previous years in IndyCar and I’m thrilled to have them as partners.”

Vasser, the 1996 Champ Car champion, was a team owner in Champ Car and subsequently IndyCar for over a decade, and expressed his pleasure to be back in the series.

“First, I want to acknowledge Kevin Kalkhoven, who gave both Sulli and myself the forum to be where we are today,” said Vasser.

“After extensive talks, I am very pleased and proud to say that we will be continuing that legacy.

“I took a year off from competition for the first time in many years and realised how much I missed it.

“This is the next chapter in my racing career, so I want to say thank you to Sulli, Dale, SealMaster, our sponsors and Sebastien.

“With their support, we are focused on recreating our prior success and again challenging for wins in 2018.”