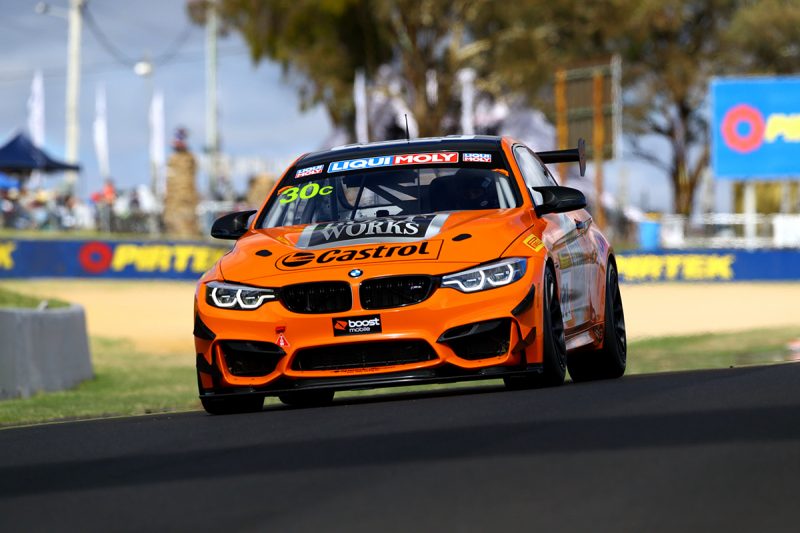 Tony Longhurst has ended his racing career on a high after claiming Class C victory in the Boat Works Racing BMW M4 GT4 at the Liqui-Moly Bathurst 12 Hour.

The veteran racer was partnered by Matthew Brabham and Aaron Seton, the trio dominating the race to win by four laps over their nearest rivals.

“To finish 12 hours up here without as much as a scratch on the car, not even a stone chip, is so impressive,” said Longhurst.

“Matt and Aaron did a perfect job and I was sensible the whole day through and we got the job done.

“We put a lot of work in with a three-month preparation with our Team Manager Steve Brow. We had a plan in place and we stuck to it and it paid off.

Longhurst climbed aboard the car for its final stint with just under an hour left of the race, though admitted that was never part of the plan.

It created a fitting finale to Longhurst’s career, which saw him claim victory at the Bathurst 1000 in 1988 and 2001, and the Bathurst 12 Hour during its production car era in 2009.

“I didn’t actually want to do an afternoon stint, I wanted to get it all done in the morning, but the way it panned out I was back in the car for the last bit,” he admitted.

“I just put my head down and just did not want to make a mistake.

“I didn’t really think about the emotion of the last stint, but I am sure it will hit me in the next couple of hours.

“I was going to finish my career at the 12-hour last year, but we had the bingle in the GT3 and I just didn’t want to go out like that.

The fairytale send off was slightly soured when the race ended under red flag, denying Longhurst the opportunity to take the chequered flag one last time.

However it did mark Brabham’s first Bathurst victory, in his maiden appearance, having never even visited the circuit before.

It makes him the third generation Brabham to claim victory at the mountain, while for Seton it was his second class win around the Mount Panorama circuit.

“We had a faultless weekend, the whole weekend, and it couldn’t have gone any better. It’s rare that that ever happens in motor racing,” Brabham told Speedcafe.com.

“We had a lot of luck on our side, but all the guys did an awesome job as well.

“It was tight to start off with, and then we just played out strategy out to try and gain laps when the cautions came out,” he added.

“There were so many cautions that we ended up leapfrogging and getting those couple (of) laps ahead.

“Our pace in the car was pretty quick all weekend as well, so we gained a lot on strategy but also in car speed.”

Completing the Class C podium was the sole surviving KTM X-Bow GT4 driven by Glen Wood, Trent Harrison, and Cody Hill, which ended the race on the same lap as the second placed Ginetta.