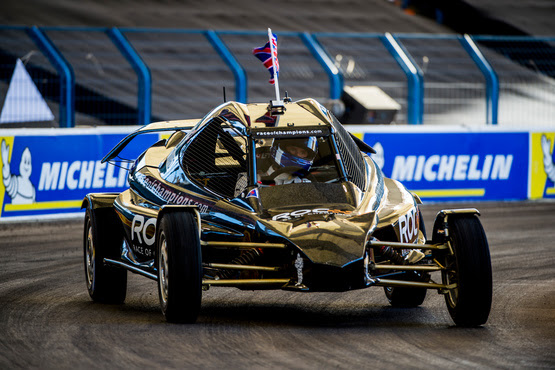 David Coulthard has won the Race of Champions for a second time after sealing victory at Riyadh’s King Fahd International Stadium in Saudi Arabia.

Fending off two-time World RallyCross champ Petter Solberg, Coulthard took out the Grand Final of the event, having cruised through the group stage and dispatched of Tom Kristensen in the semi-final.

“I had to work hard out there and my heart is beating hard now! So thanks to Petter for a great race,” Coulthard said.

“He’s a great sport and a great champion.

“Today I pushed hard but it’s also about being clean. I touched the wall once over the course of the day but other than that I kept it on the track.”

Solberg progressed into the final by taking three wins in the group stage to top Group D, continuing his march into the final where he was ultimately defeated by Coulthard.

It marked Coulthard’s second ROC success, having taken the crown in 2014 in Barbados, and reached the Grand Final at Wembley in 2008 when he was pipped by Sébastien Loeb.