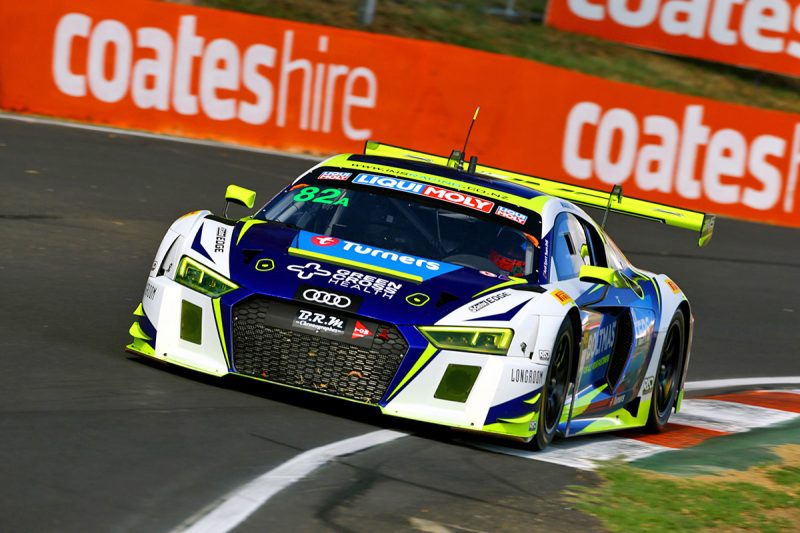 Andrew Bagnall has been diagnosed with a broken pelvis and ribs after being hospitalised following a heavy crash at the Liqui-Moly Bathurst 12 Hour.

The experienced New Zealander was taken to Orange Hospital after his #82 International Motorsport Audi found the wall at McPhillamy Park in the early stages of the race.

It triggered a multi-car crash that also accounted for the #9 Audi Sport Customer Racing Australia entry of Marc Cini, and Morgan Haber (#67 MARC II), who found his road blocked as Cini slowed to avoid the incident.

Organisers have confirmed Bagnall’s injuries to Speedcafe.com and that the 70-year-old is expected to remain in hospital for the next 48 hours at least.

Meanwhile, Supercars co-driver Ash Walsh and Australian GT driver John Martin are to be transferred to hospital after they were knocked in a huge multi-car crash that brought a premature end to the race.

Previous Story Martin, Walsh, to be transferred to hospital after B12Hr crash