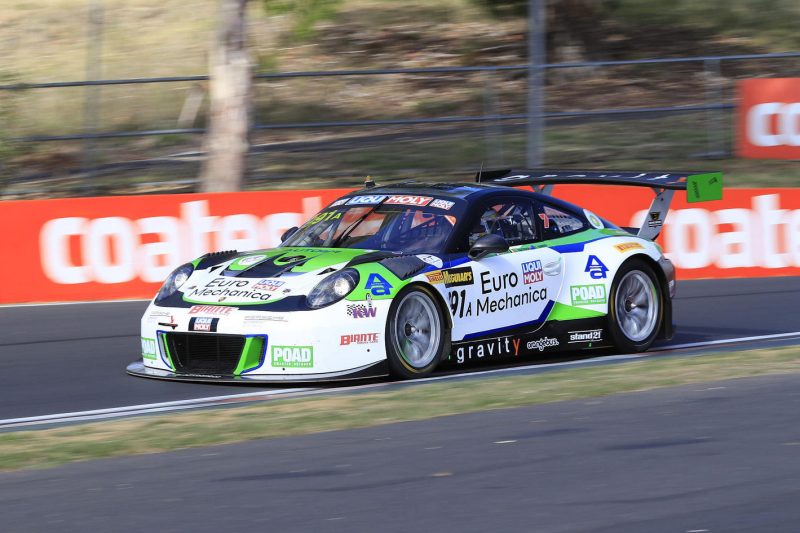 Earl Bamber believes a mistake which saw him make contact with the wall robbed him of a position in the Top 10 Shootout for tomorrow’s Liqui-Moly Bathurst 12 Hour.

The Craft Bamboo Racing driver was charged with setting a lap for the team in Qualifying 2, only to make contact with the wall and fail to set another lap.

“We didn’t have enough fuel in the tank, only had enough time for two timed laps, or maybe three, we weren’t sure,” Bamber told Speedcafe.com.

“The first was a 3.5 and made a mistake in it, so the car was pretty good – for sure good enough to get into the Top 10.

“Then just you try and go for it, I just lost the rear in Turn 2, slapped the wall a bit. The car’s okay, it wasn’t big damage, but enough to put a halt to us.”

Bamber and co-drivers Kevin Estre and Laurens Vanthoor will line up for tomorrow’s race 17th, the second fastest Porsche behind the Competition Motorsports entry in 10th.

The two-time Le Mans winner is confident though that his car has the pace over a long run to see it in contention come the end of the 12 Hour encounter.

“You always want to be in the Top 10 and go do the lap out there, but it’s not the end of the world,” he said.

“It’s not like a 10 lap sprint race. We’ve still got plenty of time.

“The most important things is that the car’s good, functioning good and we’re happy inside there; nice and comfy.

“I think we’re in quite a strong position even though it may not look like it.”