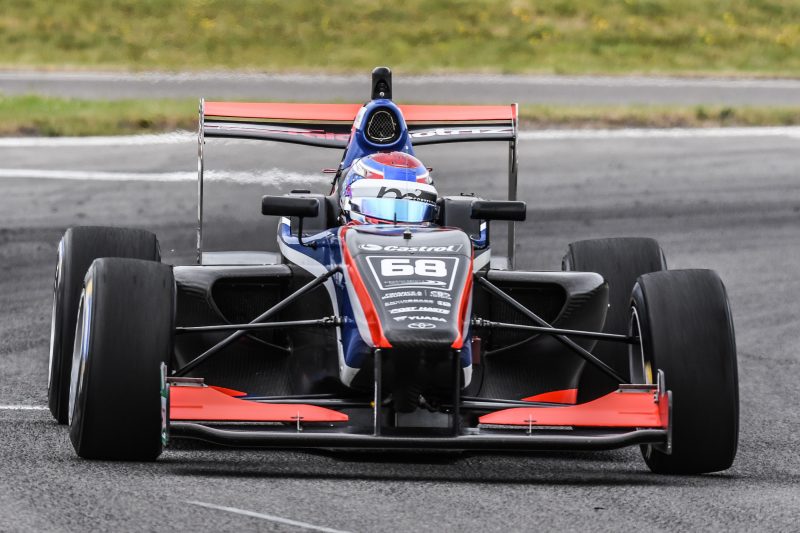 Juan Manuel Correa has led all the way in Race 1 of the penultimate round of the Castrol Toyota Racing Series in Taupo.

Correa (United States) qualified on pole and won the start, though it was a nervous 15-lap journey given that he thought his start was in fact too good.

“I pushed hard all the way,” explained Correa.

“The team told me I was under investigation for jumping the start and needed to get as big a gap as possible in case I was penalised five seconds.”

The penalty never came, leaving him free to take his second victory of the series having also won the reverse-gridder at Teretonga Park a fortnight earlier.

James Pull (Great Britain) beat Richard Verschoor to second position, having got underneath the Dutchman at the start.

Verschoor tried a number of times to regain the position but remained in third, himself having to fend off Robert Shwartzman (Russia).

Marcus Armstrong (Christchurch) had a relatively uneventful race to fifth and holds a slightly reduced series lead as a result.