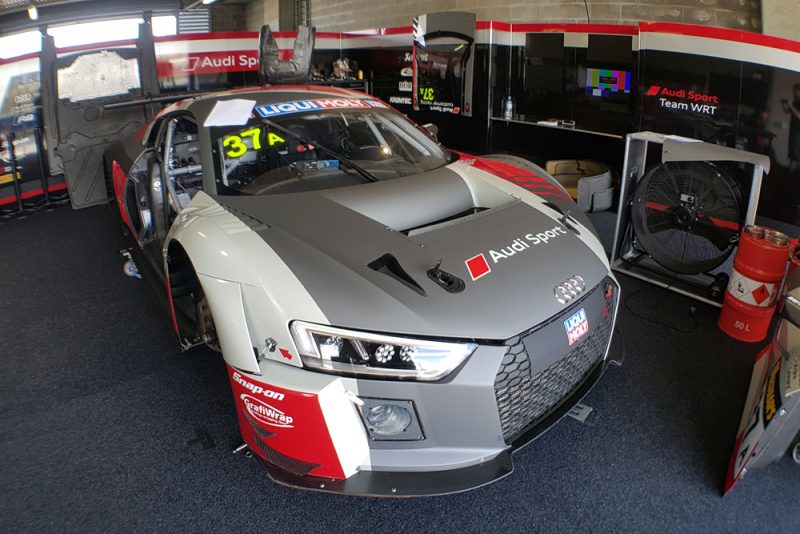 The WRT Audi of Stuart Leonard

The opening 30 minute session was restricted to to Bronze and Silver rated drivers meaning only 41 cars of the 53 car field posted times.

Blancpain GT Series driver Stuart Leonard surged to the top of the times late in the session with 2:06.86s effort on his Mount Panorama debut.

The Audi R8 driver was 1.3s faster than Sweden’s Alexander West in the YNA Autosport McLaren 650S he will share with Scott McLaughlin, Andrew Watson and Fraser Ross.

Ash Samadi in the #3 Audi Sport Customer Racing Australia Audi had headed the times for the much of the session before settling for third spot just 0.4s shy of West.

The Competition Motorsport Porsche was fourth fastest with David Calvert-Jones at the wheel, while Morgan Haber piloted the new MARC II Mustang to an impress fifth.

The session was red flagged just seconds after the green flag when the Black Swan Racing Porsche became stranded on mountain straight with Tim Pappas behind the wheel.

A wheel departed his vehicle which prompted Pappas to pull the car over to the side of the track.

The entire field will take part in Practice 2 which is set to begin at 0900 local time.