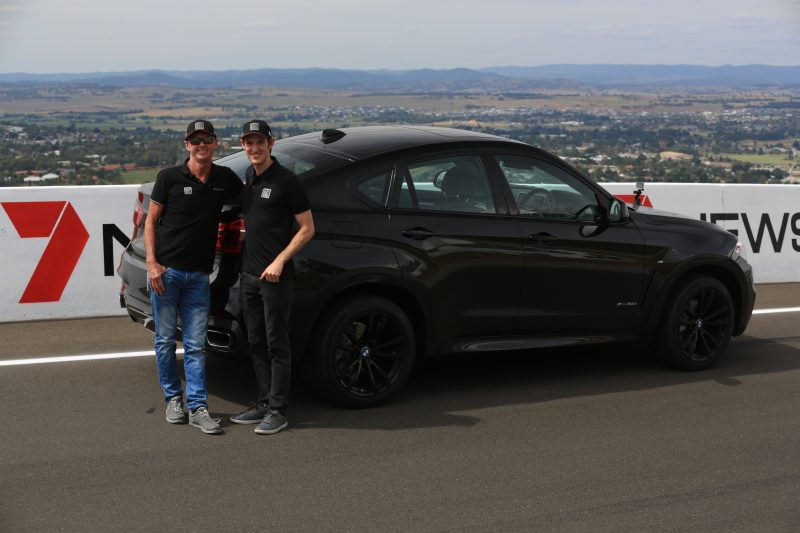 Longhurst and Brabham at the top of the mountain

Bathurst rookie Matthew Brabham has been guided on his first lap of Mount Panorama by co-driver Tony Longhurst, who is making his swansong in this weekend’s Liqui-Moly Bathurst 12 Hour.

Brabham, Longhurst, and Aaron Seton are sharing the veteran’s The Boat Works BMW M4 GT4 in what is the former’s first visit to Bathurst.

While father Geoff and uncle David won the 1997 Super Tourer edition of the Bathurst 1000 in a BMW, and late grandfather Sir Jack won the Bathurst 100-mile race in 1960 in a 2.5 litre Cooper Climax, the closest Matt has come has been karting races in nearby Lithgow and Orange.

“I think it’s almost like a ‘finally’ kind of moment that I get to have a go and have a crack at the mountain,” said Brabham.

“There’s obviously so much history with my Dad and my uncle, and winning Bathurst in the Beemers just like I’ll race this weekend, so there’s a lot of cool little things that have come together.

“I think I’ve had so many races that I’ve seen on TV and so many laps on video games and simulators, and obviously it’s a very famous place.

“I’ve heard about it my whole life, and to finally get out and do it is one of those cool moments and I’m really looking forward to finally getting to have a drive.”

Longhurst, a two-time Bathurst 1000 victor and 2009 Bathurst 12 Hour winner, showed the Bathurst rookie around the circuit in a BMW road car.

Brabham likened Mount Panorama to one of his more extreme experiences in motorsport.

“I have done all kinds of different things,” he remarked.

“I think one of the craziest ones was doing a hillclimb at Baja up to the top of a mountain, with the (lack of) track width and obviously it was all dirt.

“(Mount Panorama) kind of reminds me of doing hillclimbs almost, because you go up the hill, you climb through the corners, and then you go back down.

“It’s definitely really cool and obviously having Tony taking me around, he’s a wealth of experience so I’m really leaning on him.

“My Dad’s here this weekend as well so I’ve had all the right direction and the right people to lean on.

“I’ve just got to kind of build up to it, and obviously this place can bite you pretty hard; there’s no room for error.”

Practice 1 gets underway at 0825 local time/AEDT.