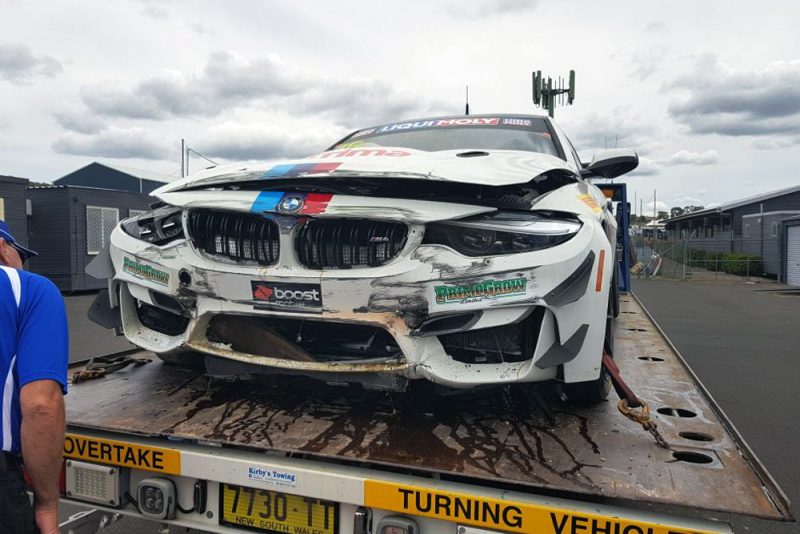 The 2018 Liqui-Moly Bathurst 12 Hour has seen its first withdrawal while driver Kent Baigent has been taken to Bathurst hospital for precautionary scans.

The Baigent Motorsport BMW M4 GT4 and Max Twigg in the STM Mercedes-AMG GT3 came together at The Chase late in the final session of the day.

The incident initially drew the red flag before being called six minutes early as officials tended to the scene.

“Following an incident during Practice this afternoon, Kent Baigent has been taken to hospital in Bathurst for precautionary scans on his back,” read a statement from the event on Twitter.

“His BMW M4 has been withdrawn from the event after suffering damage beyond immediate repair. More updates as we have them.”

Baigent and Twigg had entered the Chase side by side, before contact saw them both leave the circuit.

“We went side by side into The Chase. I had a lot of closing speed and I thought he’d stay wide but he just moved across,” Twigg told Speedcafe.com of the incident.

“That was a 280km/h spin, sideways through the gravel.”

The nose of Baigent’s BMW collided with the wall on driver’s right, sustaining damage to the bumper, ducting, and driver’s side window of the M4 GT4. 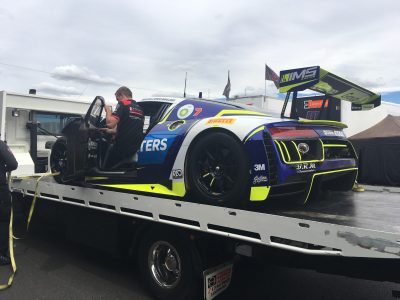 Baigent climbed from the car unaided and was taken to the medical centre before being transferred to hospital for additional checks.

Though comparatively light, the damage was enough to end the team’s weekend as a shortage of parts in the country prevented the car’s repair.

It makes the squad the first scratching from the 2018 event, reducing the car count to 52.

Meanwhile, the International Motorsport has transported its Audi R8 to a workshop in Bathurst to asses damage caused to the front end of the car during a separate incident in Practice 4.

The car driven by Andrew Bagnall, Matthew Halliday and Jonny Reid found the wall at the top of the mountain.

Speedcafe.com understands the team has the parts required to complete a repair.

Next Story VIDEO: Onboard with van Gisbergen in a McLaren GT3