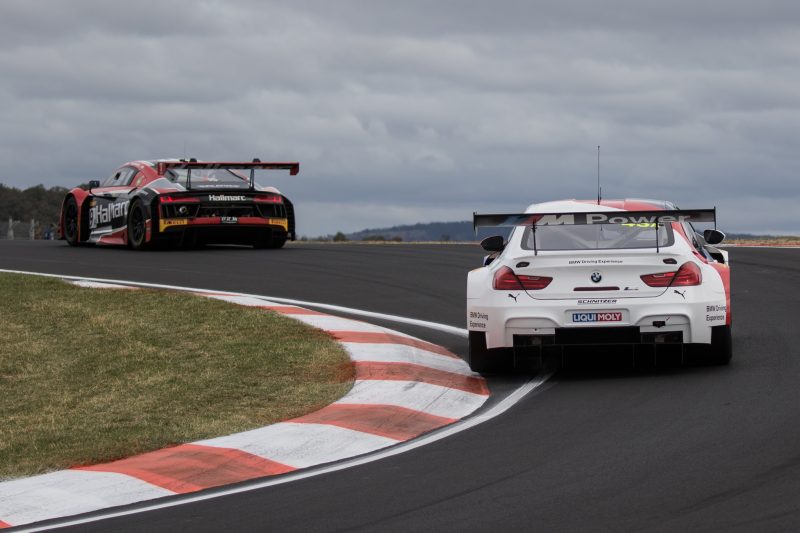 The BMW factory driver quickly adapted to the challenging Mount Panorama circuit by posting a 2:03.69s effort in an uninterrupted 45 minute session for the entire 53 car field.

Farfus’ time arrived in the dying minutes, demoting the #22 Jamec Pem Audi R8 of Garth Tander to second, who had set the initial pace.

“I think in the first session, everybody just tries to find themselves, the track is still pretty green,” said Farfus.

“For me it was the first time out and it was quite impressive. The track, it is a cool location, nice, I’m really enjoying it and the car so far is going well. We put the car on P1, so it’s a good start to the weekend.”

The YNA Autosport McLaren, driven by Scott McLaughlin, was fourth in his first Mount Panorama session in a GT3 car.

The car topped the opening session for Bronze and Silver rated drivers earlier this morning.

The top 10 was rounded out by the Objective Racing McLaren, the SunEnergy1 Mercedes shared by Jamie Whincup, Tristan Vautier, Kenny Habul and Raffaello Marciello, and the #74 Jamec Pem Audi, piloted by Chris Mies.

After only receiving their two cars at 0330 this morning, Bentley Team M-Sport successfully made it out for the session.

The #23 Team Carrera Cup Asia Porsche led Class B, the BMW Team SRM M4 topped Class C, and the #91 MARC II entry was the best of the Invitational class.

The field will return for the third of four practice session at 1045 local time/AEDT.

Next Story BMW pips Audi as times tumble at Bathurst