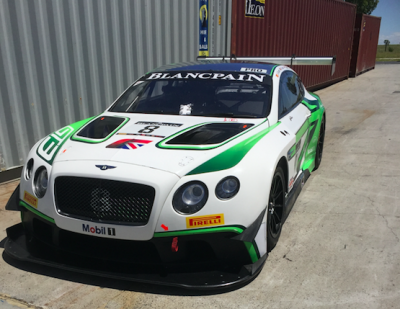 The pair of Bentley Continental GT3s have successful docked in Australia and are en route to Mount Panorama for this weekend’s Liqui-Moly Bathurst 12 Hour.

Bentley Team M-Sport’s preparations for the GT3 endurance race were hampered after a ship containing the cars and kit was severely delayed.

The boat, which also contained vital cargo for fellow British team Strakka Racing, was originally scheduled to dock on January 21, but only arrived in Australia early this morning.

The delay was caused when the ship suffered an engine failure and was caught up in a cyclone during its voyage that began in November.

A decision was made to dock the boat in Melbourne instead of Sydney to speed up the delivery process of the cars and race kit.

The cars, which were located in the bowels of the ship’s hold, were successfully unloaded today and have passed through customs.

They are expected to arrive at Mount Panorama in the early hours of Friday morning.

Bentley is considered among the contenders for this year’s race having challenged for victory in each of the last three years, finishing third on its last two appearances.

The team remains confident of making opening practice which is due to begin at 0825 local time.

“We are waiting for an accurate time of arrival but we think it will be 2am or 3am,” Bentley Team M-Sport race manager Matthew Wilson told Speedcafe.com.

“We are trying to do everything we can to be in the best position we can and we will be here when they arrive and will work flat out to try and do what we can.

“Over the last few years we have always been in the hunt and in the running here and we want to go better than we have.

“We have not had the best preparation but we have been here before and we know where we need to be roughly with set-up.

“If there was anywhere for a delay to happen, and you never want it to happen, here is probably the best of a bad job.”

Likewise Strakka Racing’s race kit is also on its way to Bathurst.

Fellow Mercedes team Scott Taylor Motorsport had lent kit to the team to allow them to complete scrutineering on Wednesday.

Next Story Field launched ahead of Bathurst 12 Hour