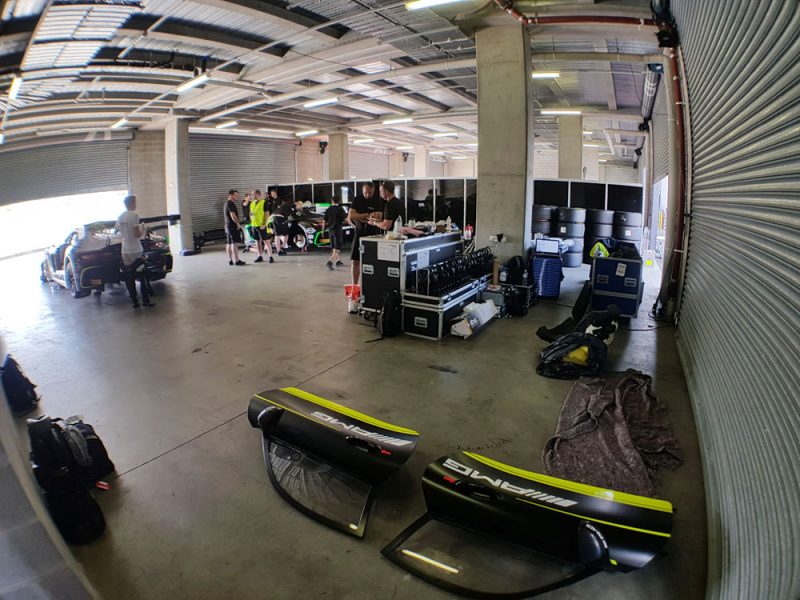 Strakka Racing are awaiting their race kit to arrive at Bathurst

A delayed freight shipment has led to rival teams joining forces to assist preparations for this weekend’s Liqui-Moly Bathurst 12 Hour.

The ship left the UK in November but it is understood to have suffered an engine failure and was also caught in a cyclone, which has impacted its original Australia arrival time of January 21.

It was expected to dock in Melbourne last night instead of the planned Sydney drop off.

Once unloaded the freight will be sent by road to Bathurst and is expected to arrive either late tonight or early Friday morning.

The delay has seen Australian squad Scott Taylor Motorsport lend equipment to Bathurst debutants Strakka to help the fellow Mercedes team complete Wednesday afternoon scrutineering checks on their cars, which were air freighted to Australia, seperate to the race kit.

Despite the delay both Strakka, who will run two Mercedes AMG GT3s are confident equipment will arrive in time to contest opening practice scheduled for 0825 Friday local time.

“Scott Taylor and his team have been very helpful in working together with us and hopefully we can carry on that working relationship over the weekend,” Strakka racing director Jay Davenport told Speedcafe.com.

“We have been lent a few bits of equipment (from STM) which we haven’t got here at the track to help us get through scrutineering and without that we wouldn’t have been able to do the checks so we are very grateful for that.

“We are geared up ready to work late and overnight if we need to. We have got enough staff here for some of the guys to go back to the hotel and have a crew at the track to set up the garage, fuel rigs and tyre ovens.

“There are other people in the same boat so at least our cars are here so we can get our scrutineering checks done.

“We will get the priority stuff so we can run on the track. 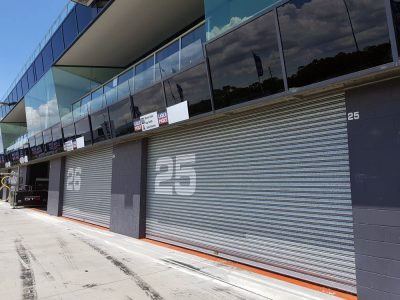 Bentley has had to delay its set-up at Bathurst

“I think everyone is working as hard as they can to make the delay as short as possible and the organisers have stepped in to help out by ensuring the boat docks in Melbourne.

“There is a nice vibe about the place and a lot of people want us to do well and be in the race.”

Still awaiting the arrival of their cars, Bentley Team M-Sport race manager Matthew Wilson is adamant the team, which is contesting its fourth Bathurst 12 Hour, will be ready for the first practice.

The British sportscar brand’s two car attack will be led by Guy Smith, Steven Kane and Bathurst rookie Jules Gounon in the #17, while the sister car will be piloted once again by Andy Soucek, Vincent Abril and Maxime Soulet.

“We have got plans in place to get people in as soon as everything arrives. Whatever happens we will be ready for the first practice,” Wilson told Speedcafe.com.

“At the end of the day the brilliant thing is this is our fourth time here. The car is very well sorted.

“It is not ideal but we will make it work. We have just got to prioritise the things that are imminent for Friday and work through in a logical manner.”

This year Mount Panorama will witness arguably its most credentialed grid with more than 175 drivers from motor racing’s elite categories set to tackle the Bathurst 12 Hour.