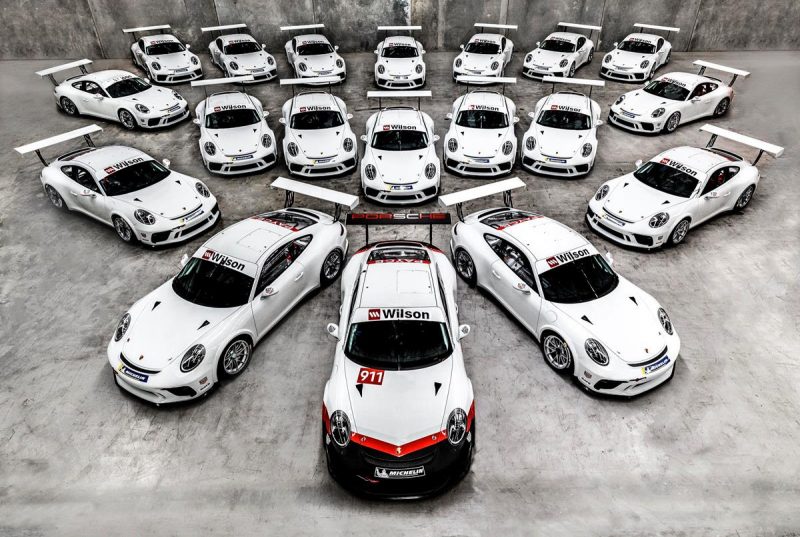 A fleet of 25 cars was unloaded in Melbourne late last week, making for a total of 26 cars now in the country.

Delivery was expected mid-month, but delays in the container ship’s voyage from Europe meant the cars only arrived last week.

The delay forced Porsche to scrap a planned group test at Winton, with teams now set to hold their own tests in the coming weeks, with a Porsche engineer present at each.

“We’re thrilled to have all 26 911 GT3 Cup cars in the country and starting the process of delivering these race cars for some eager race teams and drivers,” said Porsche Cars Australia Motorsport Manager, Troy Bundy.

“The feedback on the new 911 GT3 Cup from overseas has been sensational and they certainly look the part. We’re looking forward to hosting many new and returning teams and drivers for what is anticipated to be one of our best seasons to date.”

Of the 26 cars in the country, only 25 were initially earmarked for sale, but interest saw the category elect to make the spare car available to a competitor.

The series will therefore boast a capacity field, with all 26-cars having been sold.

Among those set to content the series is Supercars refugee James Moffat, who was confirmed in a third car at Wall Racing earlier this week.

The eight round Porsche Carrera Cup Australia season kicks off at the Adelaide 500 on March 1-4.