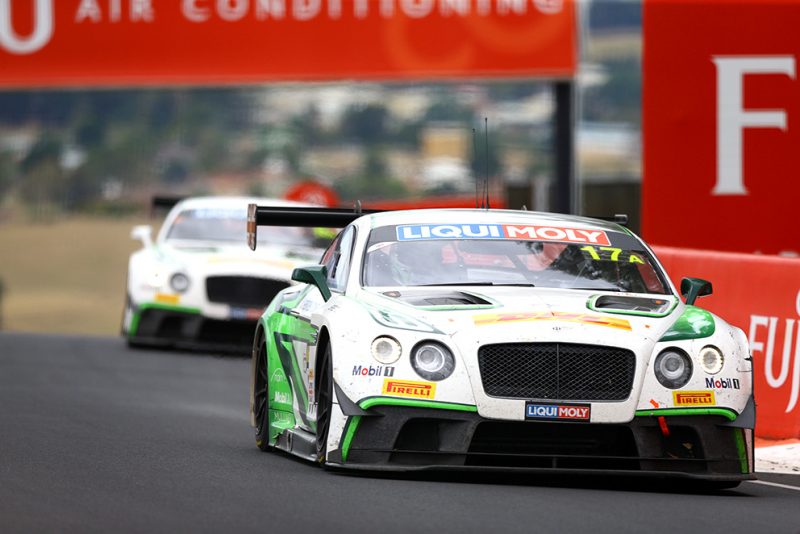 Bentley Motorsport is targeting a coveted victory in this weekend’s Liqui-Moly Bathurst 12 Hour to act as a fitting send off for its successful Continental GT3 race car.

The Mount Panorama endurance event will be the final race for the first generation Continental GT3 before the marque moves to its all new car for the 2018 Blancpain GT campaign, unveiled last year.

Bentley’s new GT3 weapon is unable to make its debut at Bathurst as it is yet to receive homologation from GT3 organisers SRO.

As a result, the original Continental GT3, launched in 2013, will make its final works appearance this weekend.

The car, which reignited Bentley’s Motorsport programs, has scored 45 wins, 120 podiums and last year’s Blancpain GT Endurance Cup Teams’ title, but is yet to conquer Bathurst.

Operated by the renowned M-Sport operation, Bentley has challenged for victory in each of its three Bathurst 12 Hour attempts, scoring third place finishes in 2016 and 2017.

This year the team returns with a two car attack led by Guy Smith, Steven Kane and Bathurst rookie Jules Gounon in the #17, while the sister car will be piloted once again by Andy Soucek, Vincent Abril and Maxime Soulet.

Desperate to stand atop the Mount Panorama podium, Bentley Motorsport boss Brian Gush admits finally achieving a victory at Bathurst would be special.

“I could think of nothing better than a victory at Bathurst to send the old car off,” Gush told Speedcafe.com.

“We feel we have done our homework and we are ready. We are desperate to win every race we enter.

“We know we can do the business at Bathurst and as long as there isn’t someone like the Ferrari (of 2017) that drives away from everyone like last year, and there is a reasonable BoP (Balance of Performance), we feel we are in with a chance.

“We come with two cars and Audi comes with 10 so it is always difficult. Bathurst is a race of attrition. 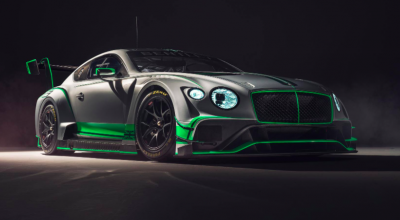 “The current car is really competitive as we have shown by winning the Blancpain GT Endurance Cup last year.

“It is still competitive and we have got good faith in it, but there is a new Bentley GT that has come out and you need to go racing with your latest product in 2018.”

Following the Bathurst 12 Hour Bentley is anticipating a year of development with its new Continental GT3 before it puts the car on sale to prospective teams.

Gush hopes Australia will emerge as a key market for the new race car.

“We have been working hard on the new car and 2018 is really a development year for us,” he added.

“Once we know it is reliable and competitive we will start selling them.

“We would have hoped to have sold more cars into Australia but the market is not as strong as we’d like it to be, so we would like to get a few cars out there for sure.

“With Australia being a V8 country we hope they will take to it.”

Opening practice for the Bathurst 12 Hour will begin on Friday at 0825 local time.