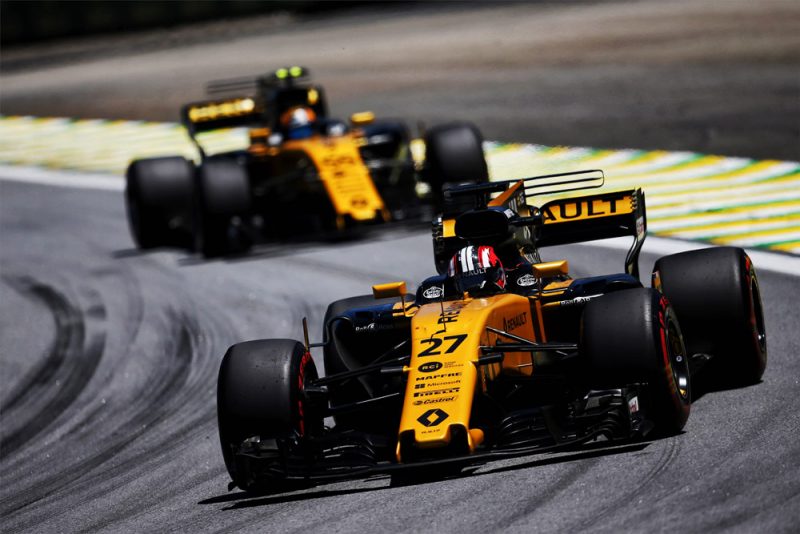 Renault will launch its 2018 car on February 20

The Renault and Sauber Formula 1 teams are the latest to confirm the date of their new car launches ahead of the 2018 season.

Both have elected for mid-February unveils, with Renault peeling back the covers of the RS18 on February 20.

It’s the same day that Sauber has elected to reveal its new car, the C37, with both teams opting for low-key, online launches.

Entering its third season back in Formula 1, Renault finished the 2017 campaign sixth in the constructors’ championship, narrowly beating Toro Rosso and Haas in a tight midfield battle, but some distance from fifth-placed Williams.

The French manufacturer has retained both Nico Hulkenberg and Carlos Sainz, the Spaniard having moved from Toro Rosso to replace Jolyon Palmer after last year’s Japanese Grand Prix.

It has also inked an improved deal with Ferrari that will see it receive current-spec engines, part of its estimated £20million naming rights sponsorship deal with Alfa Romeo, as opposed to the year old units it was blighted with last season.

Sauber had been set to use Honda engines before new team boss Frederic Vasseur scrapped that plan on his first day in the job.

Red Bull and Haas remain the only two teams yet to confirm when they’ll launch their 2018 cars.

The opening pre-season test gets underway in Barcelona on February 26.