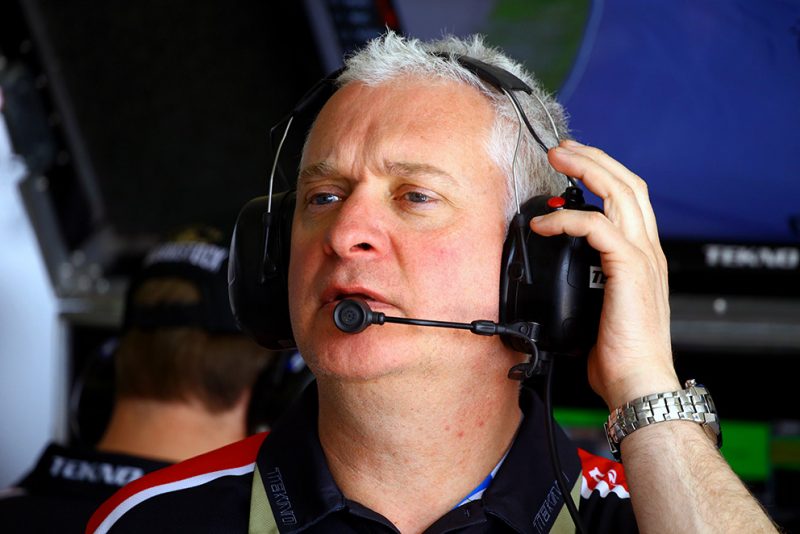 Adrian Burgess envisages a bright future for Tekno Autosports as he plans to rebuild the outfit and ultimately help the team expand its motorsport commitments.

The former Holden Racing Team boss will make a full-time return to Supercars this year having been newly installed as team principal at the Gold Coast operation.

Burgess has been busily assembling a new-look team around recent signing Jack Le Brocq as the Bathurst 1000 winning squad aims to bounce back from a difficult 2017 campaign.

The Englishman has already recruited a new number one mechanic and data engineer while the race team, which will run a brand new ZB Commodore, will be bolstered by new personnel from the outfit’s Tekno Performance road car arm.

These will join a number of existing members from last year including experienced engineer Campbell Little, although his exact duties are yet to be determined.

“It will be fairly new (team) because we’re very small and we’re only a one-car team, so we don’t have a lot of people in the first place, but that said, Tekno’s achieved a lot in the past with the people it’s had here,” Burgess told Speedcafe.com.

“They’ve done a great job, but equally I’m quite looking forward to working with a team that we’ve put together.

“There’ll be some new faces, but I think all the people that are here can bring something to the table.”

Burgess enjoyed a taste of the operation last year during a consultancy role for the Pirtek Enduro Cup following his departure from Walkinshaw Racing in May.

Having now settled into his new home he is convinced the team, which opened a state-of-the-art workshop last year, has a bright long-term future that could involve an expansion from running one Supercar.

“I’d like to think there is light at the end of the tunnel,” he said.

“There’s enough commitment being shown and has been shown for everyone here to know that there’s a long-term future.

“We’ve got a fantastic facility here, probably better than nearly everybody in the pit lane, but that doesn’t make you any quicker, but there’s definitely a commitment from the Webb family to make this long-term.

“Everything that’s being discussed is with a view to expand, and at the right rate, not necessarily throw everything at it overnight, you’ve got to do these things in the right manner, but there’s definitely a good, healthy future here.

“Part of my role is to make sure we’re bringing the right people that have got the same ambitions and the desire to grow.”

Invigorated by the potential of the squad, Burgess is under no illusions of the task ahead and is refusing to set goals for the upcoming cmapaign.

“I think it’s hard to sit here now and set goals because the goals always move,” he added.

“Ultimately we want to win races and we want to be challenging for championships, but that certainly isn’t what we’re walking into this year thinking it’s possible because it probably isn’t.

“We need to grow as a team and Jack does as a driver and in time we want to be challenging up at the sharp end, so I’m not going to put a number on where we want to finish.”

The squad has heaped its focus on the new Supercars season by electing against competing in this weekend’s Liqui-Moly Bathurst 12 Hour.

Burgess admits the team, which won the 2016 edition of the race, had the opportunity to race but a decision was taken to sit out, with the view of returning to the event in the near future.

“We wanted to make sure that we were prepared adequately and obviously we’re building a new car so that puts a bit of a strain on the team to start with, and all the mechanics.

“We’re cognisant of the fact we didn’t want to burn everybody out before we even started.

“So the right thing for us to do is just to focus on Supercars this year and just try and have a controlled preparation before we start racing.

“In the future, maybe we will do it (Bathurst 12 Hour) again. It’s certainly something we’d like to do, something that helps the business, it’s a great race, it’s always a good curtain-raiser for Australian motorsport.”

Tekno intends to shakedown its new ZB Commodore at Queensland Raceway next week if the newly built car is ready.

Burgess has made several visits to Triple Eight during the last two months to keep up to date with the development of the new Holden Supercar aero package.

“I’d like to think that they’ve (Triple Eight) done a good job and I know how hard the team have worked,” he said.

“I’m sure they’ve put their best foot forward with the right amount of resources and technical support around them and behind them, so hopefully they’ve created a good widget and we’re all successful with it.

“The proof will be in the pudding and the competition isn’t standing still either.”

The team will conduct its first real meaningful run with the car at the official pre-season test at Sydney Motorsport Park on February 16.