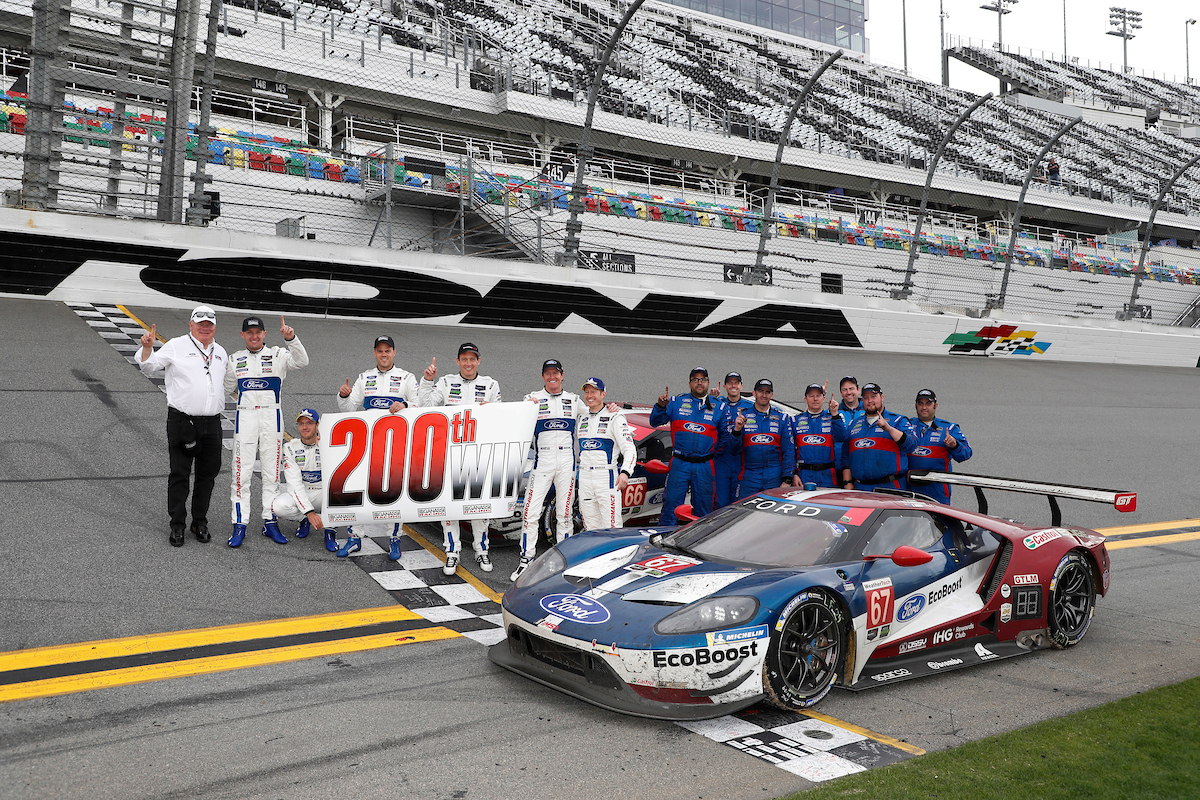 Chip Ganassi celebrates his 200th win as a team owner

Chip Ganassi has claimed his 200th race win as a team owner after sealing the GTLM victory at the Daytona 24 Hours for the second year in a row.

“I don’t think we had one single problem, which is something for Ford and the entire program to be proud of.”

The two Ford GTs enjoyed a private battle for the win, two laps clear of their nearest rivals, after controlling the race throughout.

“There was a little bit of strategy playing out between the two teams which was really cool – just to witness the whole thing,’’ added Westbrook of the intra-team battle.

“Everyone was trying to outsmart one another. We chose to short-fill and they put me out on a nice clean track with new tyres, I was able to push and had a nice clean out-lap and built up a lead. That sort of took the pressure off.

“They tried to react to that and do the short-fill next time as you obviously would, but by that point we were on the front and had pretty much sewn it up by then.”

Along with fielding two cars, Ganassi also acted as Grand Marshal for the event, which saw him wave the green flag to the field on Saturday afternoon.

“The Rolex 24 At Daytona is always a special race to me, not only because it signifies the beginning of the racing season but more importantly because of the magnitude of the event itself,” he said.

“There are few races in the world that capture the imagination of race fans everywhere as well as the automotive industry and the Rolex is one of them.

“It also has a diverse group or manufacturers and drivers alike and when you win the Rolex 24 At Daytona, you know you have accomplished something special.”

The victory marked Ganassi’s 200th win as a team owner, the first of which was claimed by Michael Andretti in an IndyCar around the streets of Surfers Paradise in 1994.

Aside from IndyCar and IMSA, Ganassi has also enjoyed success in NASCAR, and the World Endurance Championship.