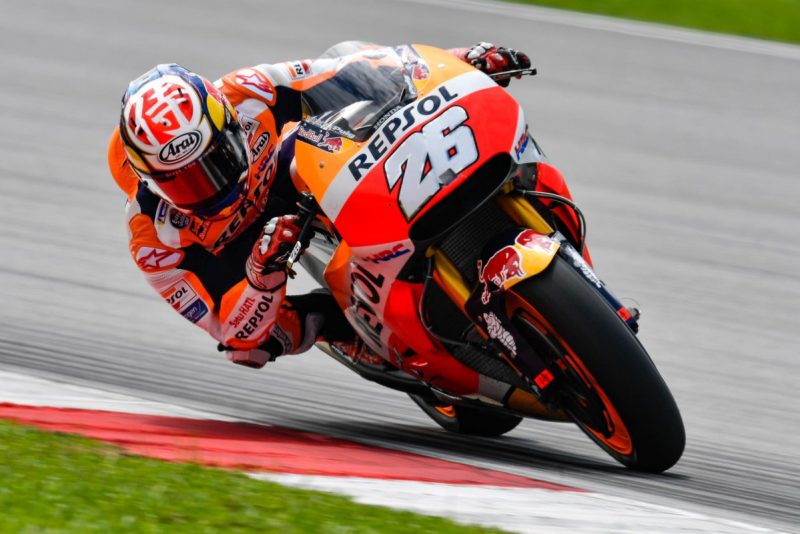 Dani Pedrosa has finished the year’s opening day of official MotoGP testing fastest thanks to a late flyer at Sepang.

Pedrosa pulled out a 1:59.427s on his Repsol Honda to be more than 0.3s faster than the Ducati Team’s Andrea Dovizioso.

Both spent two separate spells at the top of the timesheets after the track dried out, as did Valentino Rossi.

Johann Zarco was fastest early on, when the track was wet for a number of hours after earlier rain, while his best slick tyre time put the Tech3 Yamaha rider eight-fastest.