Ogier leads ahead of final day in Monte-Carlo

Ogier leads ahead of final day in Monte-Carlo 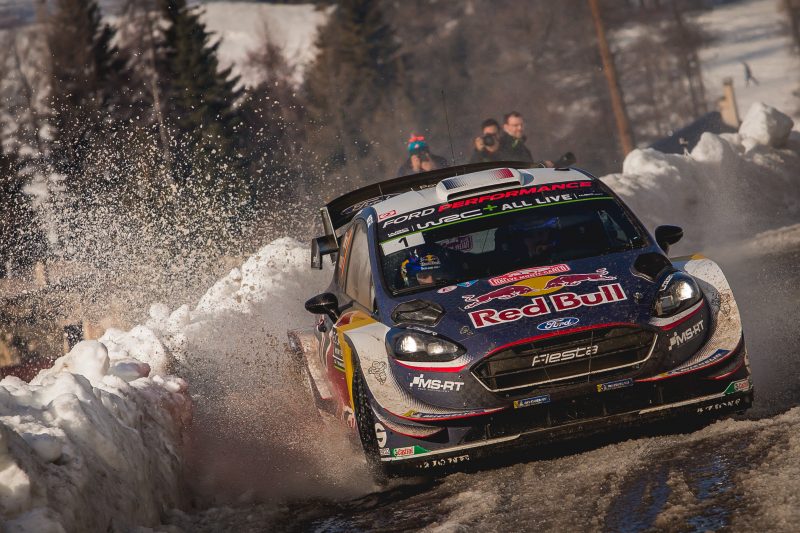 Sebastien Ogier’s advantage over Ott Tanak is 33.5s after a tricky penultimate day of Round 1 of the World Rally Championship in Monte-Carlo.

Ogier’s lead got out to 1:18.4s after the first stage of the day but was gradually pegged back to 33.5s in part due to the M-Sport Ford driver’s conservatism and in part due to Tanak’s concerted fightback.

Despite damaging his Fiesta’s left-front rim when he hit a bank, Ogier was more than a minute faster than Tanak through a snowy SS9 in the Devoluy mountains.

The new Toyota driver recovered ground on each of the four stages thereafter, winning SS10 and SS11 despite running off and taking a detour through a field during the latter.

Ogier was nevertheless happy enough with his position heading into the final day.

“Losing six seconds (to Tanak) on SS13 was what we had allowed for,” said the Frenchman.

“I wanted to have at least 30 seconds in hand tonight, and that’s what we have.

“We perhaps didn’t make the perfect tyre choice for today’s final stage – it was very dirty and we were a bit on the limit – but it’s okay.”

Toyotas are also third and fourth, namely Jari-Matti Latvala and Esapekka Lappi respectively, with the former assured of a podium but for a major error.

Latvala outpaced Lappi and profited from a Dani Sordo crash on SS9 to move from fifth to third and remain there for the rest of the day.

Lappi dropped as low as fifth when he lost over two minutes with a puncture caused by hitting a bank on SS11, but led the way for the Japanese marque on the afternoon’s final stage.

Kris Meeke is only 1.6s further back, the Citroen driver also finding the field in SS11.

Thierry Neuville’s (Hyundai) fightback of sorts after a poor opening night continued with wins on both SS12 and SS13 which helped him rise to seventh.

He too ended up in the field but chose to power on through, like Tanak would later do, rather than making a u-turn as Meeke did.

Craig Breen (Citroen) lost time as the road sweeper, particularly on the challenging SS9, and sits well back in ninth.

That stage most notably caught out Sordo, who crashed his Hyundai into a ditch and went from running third to being out of the rally.

His team-mate Andreas Mikkelsen returned under Rally2 rules to win that stage, having suffered alternator problems the day before.

There are four more stages to finish Rallye Monte-Carlo tonight (AEDT), two loops each of two stages in the Alpes Maritimes above Monaco, with the latter running of the La Cabanette to Col de Braus test serving as the Power Stage.

Replay: Sordo crashes into a ditch