Home » News » Formula 1 » Assen gets thumbs up from Charlie Whiting

Assen gets thumbs up from Charlie Whiting 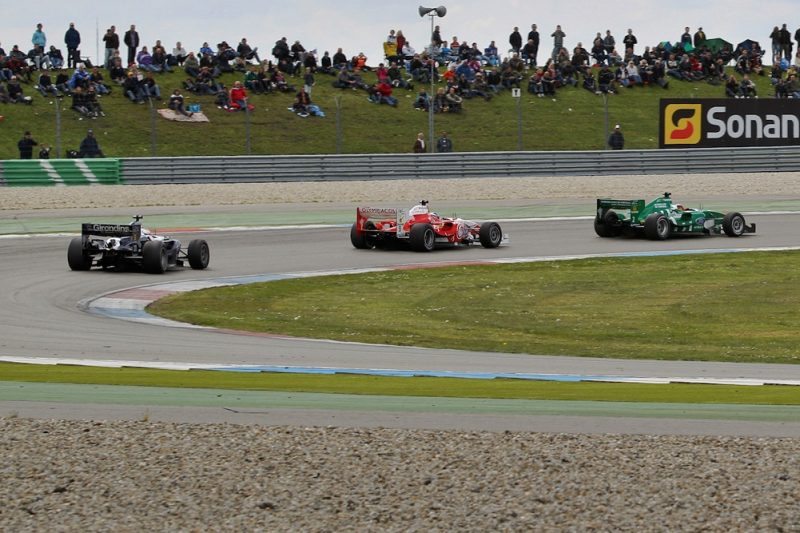 The Superleague Formula at Assen in 2010

Assen has been found to be close to Formula 1-standard after an inspection by the championship’s race director Charlie Whiting.

Whiting visited the Assen TT Circuit last week as it seeks a Grade 1 licence necessary to host a grand prix.

A statement issued on Friday from Assen chiefs said that following the ‘thorough inspection’, Whiting’s verdict was that only a few minor changes were required for the FIA to be happy it could hold an F1 race.

The necessary alterations would mainly involve adding extra kerbstones, guardrails and Tecpro barriers at certain points around the track.

The circuit itself would not require any major changes so the layout could remain unchanged, something that is important because track chiefs had said they would not be interested in holding an F1 race if it had a negative impact on its hosting of the Dutch TT MotoGP event.

Whiting’s track inspection followed a preliminary assessment by the FIA.

In December, a computer simulation already indicated that the TT Circuit Assen met the Grade 1 safety requirements set by the FIA in terms of track layout and width.

Circuit chairman Arjan Bos said, “It’s extremely pleasant to hear that Charlie Whiting is also very happy with the track, the modern facilities and the level of maintenance.

“His positive judgement is an important step in the right direction to get Formula 1 back to the Netherlands, but we are not there yet. Far from it.

“The next step would be for the FOM to pay a visit to the TT Circuit Assen. This will likely happen in the near future.”

The Champ Car World Series and Superleague Formula both held races at Assen in the past.

F1 commercial chief Sean Bratches told Autosport last year that he would be interested in bringing the Dutch Grand Prix back on the calendar, but was understood to favour a street circuit venue in one of the country’s major cities.

Previous Story F1 race schedules could move back for TV