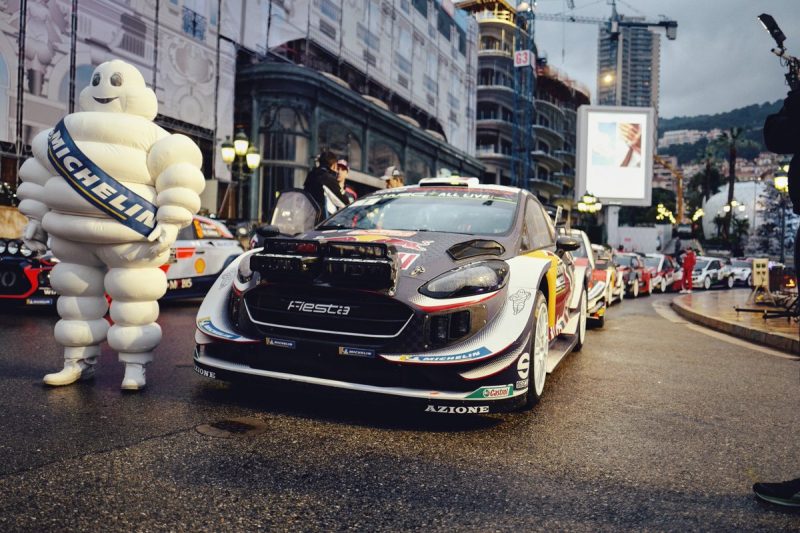 Sebastien Ogier has set the fastest time on both stages of the opening night of the new World Rally Championship season in Monte-Carlo.

Ogier (M-Sport Ford) was first out on Sisteron, which was run in reverse for the first time, and clocked the best time despite a slow spin on an icy corner midway through.

“We knew it would be tough to cross the icy section with slick tyres and we actually had a spin there,” said the defending world champion.

“I think almost everyone had a moment in there, but luckily we didn’t lose too much time.

“The rest of the stage was also very tricky with the grip changing all the time and it was challenging to know where you could and couldn’t push.”

Dani Sordo, who is sharing the #6 Hyundai i20 with New Zealander Hayden Paddon this year, is third overall, leapfrogging Esapekka Lappi on SS2.

Lappi is one position ahead of fifth-placed Toyota team-mate Ott Tanak.

With proceedings beginning late at night and changeable grip on the first stage in particular, Tanak was one of many to encounter difficulties.

The Estonian nearly spun at the same corner which caught Ogier out, while sixth-placed Craig Breen reportedly got stuck in snow during SS1.

Elfyn Evans had to stop to change a puncture on his M-Sport Ford on the way to Sisteron before a half-spin on SS2 between Bayons and Breziers, leaving him 16th.

Thierry Neuville is a position further back having been caught out by ice and sliding his Hyundai into a ditch on SS1, losing over four minutes.

Third M-Sport entry Bryan Bouffier has had to call up Xavier Panseri as co-driver in place of Jerome Degout, who aggravated a neck injury in a crash during recce.

Day 2 begins tonight (AEDT) with three stages run twice each for a total distance of 144.88km.