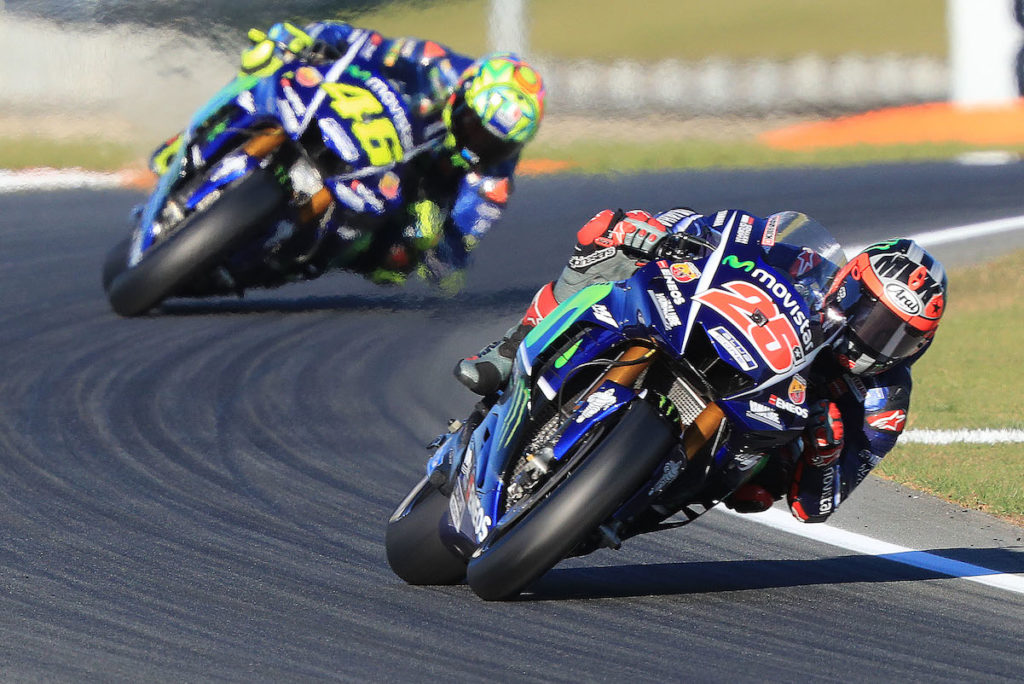 Maverick Vinales is set to remain with Yamaha team until the end of 2020 the MotoGP  season after agreeing a new two-year deal.

After two years in the premier class with Suzuki, the 2013 Moto3 champion joined Yamaha at the start of 2017.

Vinales’ original two-year deal was due to expire at the end of this year and he announced his new contract during Yamaha’s official 2018 season launch event on Wednesday in Madrid.

“The reasons [for re-signing] are because I feel very good inside the team, I feel the competitiveness, and especially I felt the desire to win,” Vinales said.

“We arrive at a really good compromise, and I think for both it’ll be really special and good.

“Thanks to Yamaha, because they always make my dreams come true.”

Vinales, 23, won his first two races with Yamaha but could not sustain a title challenge until the end of the season and finished third in the riders’ standings.

Team-mate Valentino Rossi is likewise on a two-year deal running until the end of 2018, and is yet to announce a contract extension.

Team boss Lin Jarvis said back in October of last year that he did not expect Rossi to sign a new deal early in 2018, believing the 38-year-old Italian would likely take until around the Mugello race weekend to decide if he wants to continue in MotoGP.