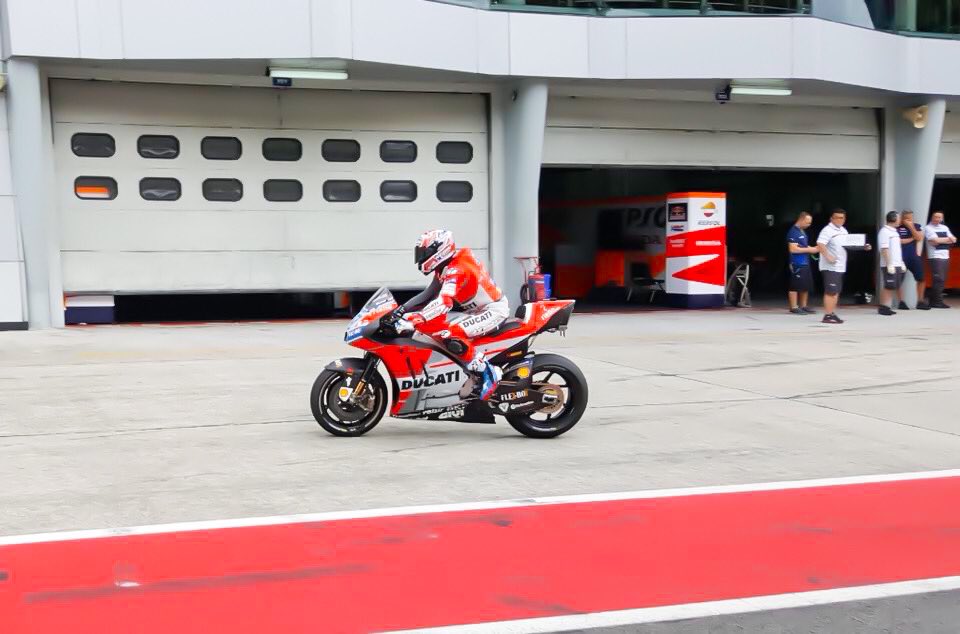 Casey Stoner has impressed in pre-season MotoGP testing for Ducati at Sepang, setting the fastest lap on the first day of the three-day test.

While there is no official timing for what is a private test, albeit attended by multiple manufacturers, Stoner clocked a best time of approximately 2:01.1s around the Malaysian Grand Prix venue.

The time was less than two seconds slower than that which Dani Pedrosa took pole with on a Honda last October (1:59.212s), and came on a track washed after earlier showers.

Further rain meant that only limited running was undertaken, with Stoner ending the day multiple seconds per lap faster than the next-best.

Hiroshi Aoyama reportedly lapped the circuit in a personal best time of 2:05.9s on a Honda, Stefan Bradl 2:06.2s on a Honda, and Matteo Baiocco 2:06.5s on an Aprilia.

KTM was also in attendance, Suzuki joins the test today.

Sepang also hosts the first official pre-season test of the year from this Sunday to Tuesday.

Day one of testing in Sepang with @DucatiMotor.
📷 Peter McLaren pic.twitter.com/HoC7fND17V