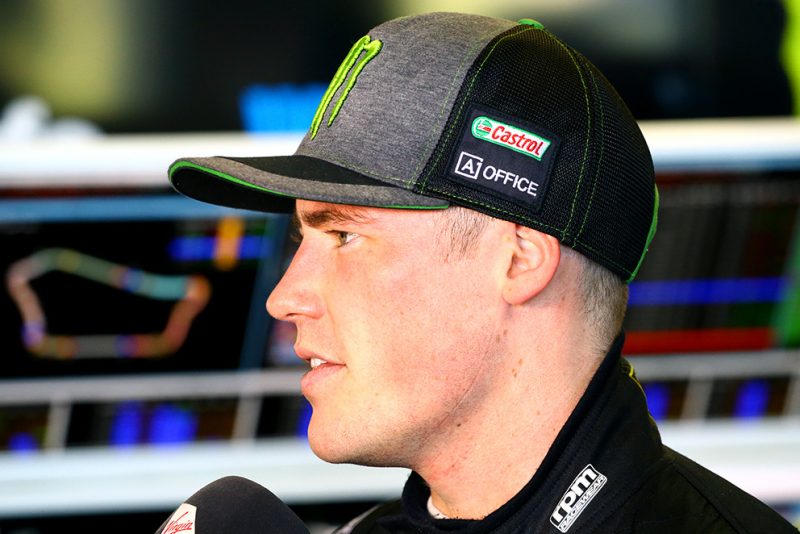 Richie Stanaway has played down expectations ahead of his rookie Virgin Australia Supercars Championship campaign with Tickford Racing.

The highly-rated New Zealander has generated plenty of hype in light of stellar performances in his two years as a co-driver with the Ford squad, including his first Supercars win with Cameron Waters in the 2017 Wilson Security Sandown 500.

Despite a tremendously impressive debut at the Melbourne circuit 12 months earlier, which he has backed up with similar performances since, Stanaway believes that he will endure the same difficult initiation as most other Supercars newcomers.

“I don’t think so,” he replied when asked by Speedcafe.com if he was feeling any pressure ahead of the new season.

“It’s a lot different for me now as a main driver than in the past as a co-driver so I don’t think there’s any pressure on me to do anything crazy.

“Rookies don’t do well in this category historically, so I don’t see any reason why I would be an exception to that.

“Obviously all the main drivers are at a different level to anything I’ve had reference to in the past and also the gaps between being at the front and being fairly down the order are so small.

“Without experience, it’s hard to have that last bit of muscle memory that’s required to be up there, so there’s no shortcut to being able to get to that level other than just having experience and getting seasons under your belt.

“In the first year for me I don’t have any ideas in my mind about results; I just want to learn as much as possible.

“(I’ll) Probably have more pressure that I put on myself for the second year.”

While the 26-year-old Rotorua-born driver affirmed that his feedback was the same as Waters’ during their time driving together in last year’s Pirtek Enduro Cup, Stanaway did not nominate any of his three team-mates as a specific benchmark.

“All three of them are the best references you could possibly have, really,” he said.

“They’re three front-running guys, so they’re the best possible resource for me to learn from, so I’ll be obviously looking to use the next couple of years to build up to their level and hopefully eventually be at their level.

“Initially I think we’ll roll out with roughly what (set-ups) they run because I don’t think the car is going to be a bottleneck for me in the first year; I think the bottleneck will be me.

“They already have the experience to be getting the most out of the car and they’ll be the ones that are leading the way in terms of the car.”

Stanaway will begin working with engineer Sam Potter, who worked with Jason Bright last year, next week ahead of the official pre-season test at Sydney Motorsport Park on February 16.

It is set to be his first outing as a primary driver with no rookie test planned prior to then.

Next Story Tekno confirms Le Brocq and Burgess for 2018