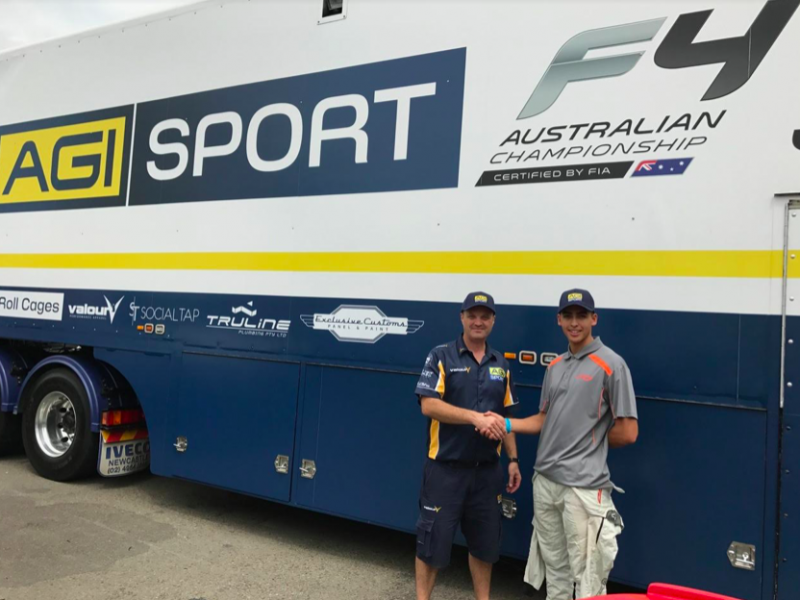 Ojeda has spent the last two seasons in the Australian Formula Ford Series, finishing third in the standings last year.

The Sydneysider won state karting titles in 2010, 2013, and 2014, as well as the 2014 CIK Stars of Karting Championship in the KF3 class, and represented Australia in the 2014 Rotax Max World Championships in Spain.

“AGI Sport has proven the team has the right ingredients to win championships,” said Ojeda.

“After testing several times with AGI in 2017, I am very comfortable with the team and the car, and I am confident together we can achieve great results.”

AGI team principal Adam Gotch said, “We’re looking forward to having Jayden in one of our cars for 2018; he’s a level-headed and an incredibly skilful young driver who ticks all the boxes.

“Jayden has come through the ranks of state and national level karting and Formula Ford and has his eyes firmly set on a career as a professional driver.

“Formula 4 is the next logical step to help him get there.”

Round 1 of the new season supports the Tyrepower Tasmania SuperSprint at Symmons Plains Raceway on April 6-8.